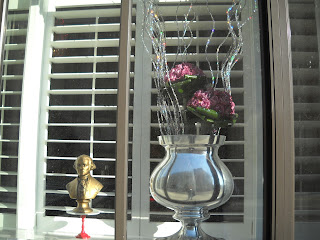 The core provision in the language of the bill (from govtrack, reference given in previous post) is:

"‘(A) primarily designed, has no demonstrable, commercially significant purpose or use other than, or is marketed by its operator, or by a person acting in concert with the operator, to offer—

‘(i) goods or services in violation of title 17, United States Code, or enable or facilitate a violation of title 17, United States Code, including by offering or providing access to, without the authorization of the copyright owner or otherwise by operation of law, copies of, or public performance or display of, works protected by title 17, in complete or substantially complete form, by any means, including by means of download, transmission, or otherwise, including the provision of a link or aggregated links to other sites or Internet resources for obtaining such copies for accessing such performance or displays; or [<-Struck out]

‘(ii) to sell or distribute goods, services, or materials bearing a counterfeit mark, as that term is defined in section 34(d) of the Act entitled ‘An Act to provide for the registration and protection of trademarks used in commerce, to carry out the provisions of certain international conventions, and for other purposes’, approved July 5, 1946 (commonly referred to as the ‘Trademark Act of 1946’ or the ‘Lanham Act’; 15 U.S.C. 1116(d))."

TWT (and to some extent, EFF and other organizations) have maintained that the bill would allow the DOJ to remove any domain whose primary purpose is to present infringing material or even to give links to it. In particularly, it would seem (even to me) that the bill could be construed as taking down “news aggregation” sites that have caught the wrath of the Associated Press. Actually, Righthaven’s suits have been more about wholesale copying of specific articles (for the most part), regardless of whether a site had other “purposes” such as criticism or comment. Also, it’s odd that the bill mentions “commercially significant purpose”. It would seem that a website with no advertising might even be more vulnerable to shut down.

It does seem that a DOJ might be able to order, without due process of any kind, not only the sudden removal of a website but also erasure of all references to it from major search engines.

This would seem to be unconstitutional in terms of the 14th Amendment, once a website is regarded as a property interest. Some people say the bill would circumvent DMCA safe harbor provisions.  It could also set a dangerous precedent in the debate on "implicit content", making websites vulnerable to takedown under other pretexts related to purported "purpose" (or lack of professional connection).

It’s interesting to see the government going so far (in terms of constitutional threat) to protect copyright, as opposed to other public goods like reputation and privacy, as Daniel Solove has pointed out (posting Tuesday Nov. 23). 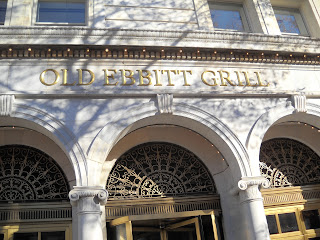