Self-publishing back on the "Block"? 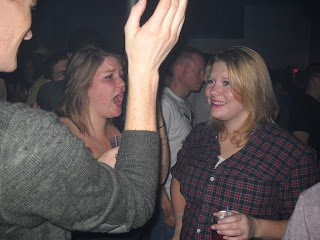 This week, the media reported a controversy over a self-published Kindle book by Phillip Greaves, with a title and intention that probably most people find objectionable. In a follow-up show on Anderson Cooper’s 360 on CNN, the comment was made that many “questionable” books on Amazon are self-published and come from amateur sources.

I discussed the Greaves issue on the TV and Books blogs recently, and won’t defend or condemn its appearance on or removal from Amazon right now, other than to say that this was mostly a business issue and not really a legal one.

But I’m rather concerned about the swipe at self-publishing, an opportunity that goes back to the days of Walt Whitman.

At least one suspense novelist, Vince Flynn (Minnesota) started out with a self-published novel from his “Cloak and Dagger Press”. In the past ten years, print-on-demand has blossomed, but been criticized as a copout for writers could “couldn’t make it by New York standards”. Some people say “self-publishing doesn’t count”. And some reviewers won’t write up self-published books (I do on the books blog).

Generally, cooperative publishing houses have contracts that require authors to indemnify them against legal liabilities, and this may be true sometimes for ISPs (I don’t know if Amazon has such as clause); in practice, the enforcement of these clauses has been very rare. And like Amazon, most self-publishing houses say they have policies against crackpotism or titles that are obviously offensive (such as promoting terrorism).

One problem with self-publishing can be quality control, which is tedious. Even conventionally published books from major houses have more typos and errors than they used to. Greaves’s work was criticized for gross spelling errors.

But the print-on-demand world certainly has made it easier for authors to control their work. In the old days of subsidy publishing (Vantage, Exposition), you could lose control of your work even after paying them to publish it – and it was very expensive. A typical novel cost about $15000 to self-publish in the late 1970s.

Of course, this leads back to the Internet. There’s nothing to stop an author from selling an ebook himself from his own website, other than the practical security and privacy concerns of processing credit cards, which may become legally trickier in the future as privacy standards increase. Huge wholesale sites like Amazon take care of this beautifully, but then an author has to follow their rules. The danger is that a bad experience could lead Amazon and BN and other sites to not accept self-published material, or perhaps only accept it from print-on-demand houses (iUniverse) able to provde some oversight.

We lead back even further into the Internet, because blogs are conventional sites can become a form of self-publishing (in fact, Web 1.0 evolved as a self-publishing mechanism before Web 2.0 added and supplanted it with social networking). Blogs, as we know, are often supported by advertising (like broadcast television), so that the audience experiences it as “free” but it really isn’t (hence more debates and mass litigation over copyright infringement).  Blogging software even offers ways to turn blogs into books (such as with Blog2Print here).

Instead of outright censorship and copyright litigation, the biggest problem on the Internet with “self-published” materials may turn out to be “implicit content” and the objection to “recreational outrage” or “gratuitous speech”, which, because it doesn’t do obvious tangible “good”, could in some cases be interpreted as intended for harm or as potentially disruptive to employment or other business responsibilities (or impossible to insure against media perils, if that ever becomes required). That tracks us back to the problem of “the privilege of being listened to.”  I guess the Pharisees "with their much speaking" no longer were earning that privilege (during the time of Christ).

So why do it? Well, I don’t like letting others (especially organizations) speak for me, because they can’t tell the truth. Like Jesse Ventura, I don’t really like political parties (or partisanship). Without self-published speech and its legitimacy, we leave the world to lobbyists and pork. Even the professional news organizations can’t get it all right (just look at Fox, NPR, MSNBC, etc).

Nevertheless, Anderson Cooper, you made it the old fashioned way. Go ahead and “keep ‘em honest”.
Posted by Bill Boushka at 9:29 AM

Labels: privilege of being listened to, self-publishing, statement about self-publication policy