Righthaven now has filed suits over images; what about embeds? 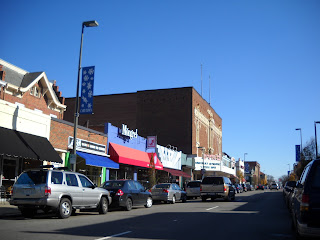 Two of the most recent Righthaven lawsuits apparently involve the unauthorized republication of photos or illustrations, according to Steve Green at the Las Vegas Sun Times in a story published Black Friday Nov. 26, here  Apparently Righthaven filed several more suits on Thanksgiving Wednesday, while some of the defendants were probably trying to avoid “John Tyner junk” problem at airports around the country. Apparently two of the suits, one against a law firm (Leighton Law P.A.), involve an illustration of a Las Vegas hotel.

The law is typically stricter against unauthorized reproduction of images and music than extraction of text, and it is often harder to claim Fair Use.

However, most images in Wikipedia appear to be acceptable for reproduction in blogs as long as attribution to the image source is given. Wikipedia always documents the licensing (Creative Commons, GNU Free Documentation, or public domain, depending on circumstances, and sometimes (as with movie posters) presents fair use arguments (although it can’t guarantee that the arguments would hold up).

Blogger warns users (in the application upload element) to publish only those images that they own or are authorized or licensed to use. I've wondered if people could get into trouble for photos of other people's work, like paintings; if a museum doesn't want to allow that, it could simply not allow photography (many don't).

I’ve wondered if someone could troll the Web for embeds (on sites with advertising) of copyrighted material from YouTube not yet taken down for DMCA.

I know I’ve covered this question before. I recall comments that embeds are basically links, and that generally it is OK to embed something (for which embed code is offered) as long as you don’t change it and don’t have a good reason to suspect it is infringing. (In fact, it “now” looks like I gave a link to an EFF article on the subject dated July 2007, before the trolling problem started, on Sept. 28, 2010 – and missing the flaw in the DMCA safe harbor copyright problem, now known with Righthaven.) In most cases, if a YouTube video were infringing and removed after DMCA notice, it would just stop working wherever embedded and that would be the end of it; but the possibility that a troll could make up a theory to go after the embeds for revenue sounds plausible to me, at least. (I haven’t actually heard of bloggers being accused of TOS violations in these cases.) I found a long Hub Pages discussion of the issue here today. Here’s another discussion by Christopher Heng, link.

My own take would be, when on YouTube, to stick to embeds of youtubes where you can be reasonably sure that the poster owns the material or regularly has a license to post such material. Some movie distribution studios do post their own trailers on YouTube. Some (like Lionsgate) offer embed code on their official sites for some trailers of movies but not for all. Interviews with directors, actors, authors, etc. (as opposed to TV or movie trailers) seem to me to be legitimate in most cases. “Far out” materials on topics like UFO’s, government cover-ups, etc., while seeming crackpotish, strike me as being legitimately owned by posters in most cases. I’d personally be wary of most “free movies” divided into parts on YouTube, unless provided by the studios themselves. YouTube videos with ads may be more legitimate because they presumably earn revenue for the original owners wherever they appear.

Of course, if you want to become a filmmaker, you might as well start making your own high-quality YouTube videos to embed.


Green (LVS) also has many other stories about Righthaven, such as one man (Robert Sulimanov ) sued twice over two different sites.
Posted by Bill Boushka at 5:46 PM