Paying for some stories or images raises questions of journalistic ethics; what about paying for reviews? 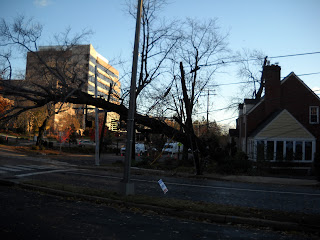 The Washington Post Style Section on Thursday Nov. 18, on p C1, featured a story by Paul Farhi on paid journalism, “A media market sold on sensation” in print, “Up for audit: ‘Checkbook journalism’ and the news groups that buy big stories”, link here.

Mainstream newspapers and broadcast outlets do not pay for leads, tips or stories. They do not pay for letters to the editor or op-ed columns from “ordinary citizens” (syndicated columns are paid). They say that this necessary for journalistic integrity, as covered in an ethics session reported here Nov. 10. Smaller local newspapers often do pay for articles from ordinary community members, however.

Sometimes news organizations do pay for the right to use images of people, according to legal notions of the “right of publicity” as recently discussed here.

However, paying for information, especially by tabloids, has sometimes uncovered stories of major “political” importance.

Another aspect of the “moneychanger” issue with journalism is self-publishing, or subsidy publishing, as recently discussed (Nov. 13) here. Authors have even paid for book reviews, which sounds more than a little unethical.

There are also systems to be paid to review various products and services on blogs, such as “Review Me” (link ) and Sponsored Reviews (link ) As noted before here, the Federal Trade Commission has recently written rules forcing bloggers to disclose they were paid. Another mechanism is that motion picture distributors sometimes send advance DVD’s not only to well known critics but even “underground” bloggers for review; but bloggers are supposed to disclose that they received review copies. I have done this a few times on my Movie Reviews blog. The recent (2008) book “Radically Transparent: Monitoring and Managing Reputations Online” by Andy Beal and Dr. Judy Strauss (soon to be reviewed in the Books blog) covers this opportunity on p 139 with a section called “Buy a little blog buzz”.

Picture: A possible minimal (F0) November tornado in Arlington VA? Winds definitely trees down in the area following a pattern of wind rotation. I say, there was a mini-tornado, maybe 85 mph gusts in it. Very little damage to homes or the hospital. Nothing like Kansas, where I went to school. No, I won't be paid for this picture by a TV station.
Posted by Bill Boushka at 6:31 AM