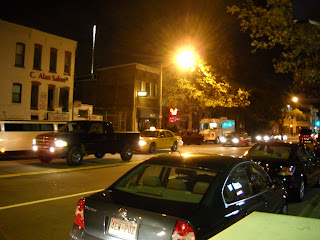 The media now report a case where the National Labor Relations Board is taking a case of an emergency medical technician fired for making a Facebook post critical of her supervisor. The employer was American Medical Response in Connecticut.

The company had a policy forbidding employees to mention the company or other stakeholders on any website (including social media) in which they identify themselves (especially post pictures of themselves). Back in 1999, in a discussion with my own employer on “conflict of interest”, we decided that this was their policy, although it was kind of after-the-fact (I requested the discussion). I have always followed that rule myself. It is acceptable to mention a company after retiring from it or resigning, as long as legitimate business or legal confidences (like customer information) are respected. The (EMS) company (in the case above) also had a policy against making disparaging comments about stakeholders of the company even if not clearly identified. I have likewise always followed that rule. But numerous people have been fired for criticizing their bosses, coworkers or companies online, as with Heather Armstrong (“dooce”) back in 2002.

Marketing Pilgrim has a story (by Frank Reed) which definitely plays Devil’s Advocate with both sides of the issue, link here. The article mentions a book “Radically Transparent” about online reputation and work (from 2008), and I just ordered it from Amazon (price now reduced).

Steven Greenhouse has a New York Times story “Company accused of firing over Facebook post”, link here. Lafe Solomon, of the NLRB, is quoted as saying “This is a fairly straightforward case under the National Labor Relations Act — whether it takes place on Facebook or at the water cooler, it was employees talking jointly about working conditions, in this case about their supervisor, and they have a right to do that.” The NLRB’s page on employee rights is here.

There is a good question here about how the First Amendment applies. It generally applies only when government suppresses speech, not private companies, because of “freedom to contract” and “employment at will” (apart from union contracts). However, federal and state laws and administrative rulings often give employees, especially non-union, other rights in the workplace.

Conceivably, the NRLB could reach a deal with employers whereby they could require that specific discussions by employees about their employers and stakeholders be out of the reach of search engines and be under privacy controls, as long as those (like on Facebook) worked properly.  Given recent controversies in this area (the "everyone" option as Zuckerberg defined it), defining such controls could be a tall order.

I've already expressed concerns before that employers might want to regulate the "publicly searchable" political activism of management employees, and this can have ramifications in other areas.

I notice that many other newspaper sites “copied” the NYT story today. I’m surprised it’s not an AP story. I’m sure the newspapers have permission (readers of this blog know my concerns about the “Righthaven mess”), but I’d like to see more “creativity” among the other newspapers.

Update: Nov. 10:  There is a coordinated post on my IT Jobs blog today.
Posted by Bill Boushka at 7:27 AM