MSNBC "firing" of Obermann for political contributions triggers debate on media and HR management "conflicts of interest" (as did NPR): effect on bloggers? 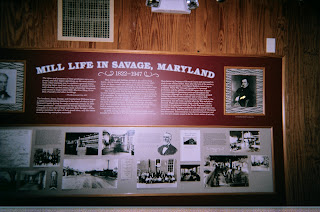 ABC News and now the Washington Post, in a Style, p C1 story Saturday November 6, report “MSNBC Suspends Keith Obermann: Network cites host’s contributions to three Democratic candidates”, by David Montgomery, link here.  This was an unpaid suspension (not technically a firing, although it got passed around that way.)

Independent bloggers may of course make political contributions, but as we know since around 2002 there has been a controversy over whether bloggers were making prohibited “indirect” contributions, a problem that the FEC settled favorably in 2006.

We’ve also covered the problem that media outlets often have blogging policies preventing employees (at least news anchors) from taking sides, even in their own writings, or from acting as “political activists”. For example, media policy might preclude an anchor’s from espousing the end of the military’s “don’t ask don’t tell” policy on gays, although some anchors have favored doing so without repercussions.

The recent ouster of Juan Williams by NPR provides another example of media conflict of interest rules. An interesting question might also be whether political but “bipartisan” or “non partisan” speech would trigger conflict of interest concerns at the same level. Former Minnesota governor Jesse Ventura (Independent) has advocated the end of political parties.

I’ve also covered the concern that this “conflict of interest” rule can extend to other areas, like those who have direct reports at work.

All of this collides with the idea that someone’s writings (even for political advocacy) are in a sense “property”. And now I make a big intellectual jump in “connecting the dots” and recall a question from the recent Righthaven cases (now at 169 and still counting): does a piece of intellectual property have to “make money” to claim constitutional protection as a property right? I think it does not. Think of the implications.  Maybe you have to defend your property against small intrusions to justify or set a convincing precedent for defending it against the big, existential threats later. 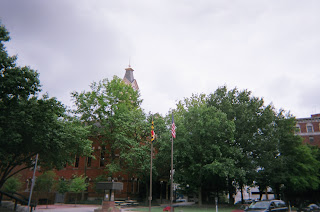 Update: Nov. 8:  Media outlets report that MSNBC has reinstated Obermann, and that Fox (which hired Juan Williams) does not have a "no activism" policy for its journalists. Is that what you expect of a "conservative" network?
Posted by Bill Boushka at 8:29 AM