Mozilla will retry "do not track" but IE8 seems to do it now; a warning about free content business models 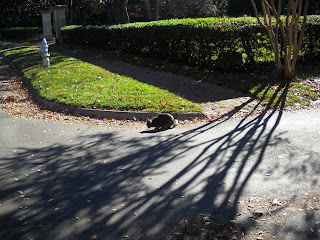 
The FTC will issue a report on “do not track” proposals by December 3, and a House committee is supposed to have hearings on it Dec 2 (about the same time that the Senate is reviewing “don’t ask don’t tell”, unfortunately for me).

Widespread use of anti-tracking capabilities in browsers by users might make it much harder for service providers to make money by offering advertising on user-generated content, so in a practical sense could affect grass roots free speech, just as other problems reported here (like mass litigation and a couple of Draconian bills in Congress giving authority to remove infringing websites) could. Internet users should value the idea that we have moved away from a society were so much selling was interpersonal but so much so that it encouraged professional hucksterism.

So advertisers have generally been cool on measures to make it more difficult to target ads that they believe consumers really want to see.

Webroot will quarantine many “spy cookies” and I’ve noticed that after running a sweep, ads sent to me seem more generic and less specific for a couple of days. (No, I really don’t need Tommy John surgery just because I blogged about Nationals pitcher Stephen Strasburg.)

The San Francisco Examiner reported today, in a story by Matt Rusoff from the Business Insider, that Microsoft IE8 already has a little-known anti-tracking tool called “InPrivate Filtering”. The story (“How to use Internet Explorer’s ‘do not track’ feature” is here.  Microsoft itself has a blog entry “Bringing awareness to Third Party content” here.

PC Magazine has a story by Larry Setlzer, based in part on the WSJ, about Mozilla’s new plans here. The last paragraph of the article is telling, about the economics of the web environment, is ominous. He writes “Free content—this web site included—will be a more difficult business proposition. Users need to understand that before they pull the trigger on their Do Not Track feature.”

I haven’t found a specific discussion written by Mozilla yet.

It's curious that as recently as Nov. 24 I reported on a glowing New York Times story on Internet business models.

Cecilia Kang reports on p A15 of the Post Tech blog in the Washington Post, "Microsoft to offer anti-tracking feature" in IE9, which would be more flexible than what is available now, link here. It would not depend on maintaining a list of addresses not to track; I hope it would allow for different settings for browsing different sites.
Posted by Bill Boushka at 6:23 PM