It's not about You, it's about The Rules 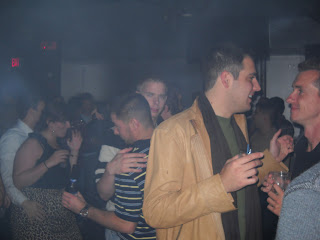 One justification for my writing and blogging is to connect issues, and sometimes it seems to me, well, really there are “no issues.” If everyone kept his (or her) promises, if everyone followed “the rules” and took responsibility (and bore full consequences) when she didn’t, there would be nothing to discuss.

OK, it isn’t that simple. But it’s really, for me, at least, not about “the people”; it’s about the “rules” themselves. Do we (really) need them?

Ah, rules! Some of us want to make a psychic career of seeing everyone play by them. Baseball gives us a good geometric paradigm for “unfairness”: every outfield in MLB has different dimensions and fences; “ground rules” are local and give the stay-at-home the advantage.

In pure libertarianism, everyone makes her own choices and is held absolutely responsible for the consequences of the acts that follow these choices. It’s not hard to see that ultimately this kind of “consequentialism” can lead us to some dark consequences, for some individuals, that we don’t want to see.

The idea that you should honor your contracts and pay for what you consume is not in itself controversial. But even in a society predicted on the rule of “enlightened self-interest”, it soon becomes apparent that you need some rules.

A good example would be the need for “reasonable” financial regulation (again!). True, people who got into underwater mortgages may be “guilty” of trying to get something for nothing and getting burned. But as to the ultimate consequences in a system with so many derivative financial products, “nobody can see it.” True, though, looking back to about 2005 (no shared sacrifice after 9/11, just go shopping) it sounded too good to be true. Like most scams, it was.

Or how about the “issue” of enforcing copyright? We’ve heard about a lot of controversy over copyright trolls (Righthaven, the US Copyright Group, RIAA), about DMCA Safe Harbor (which doesn’t “protect” everybody like we thought), and now the P2P police on campuses. One problem is that the “property right” inherent in copyright is very different going from one “intellectual property” owner to the next. There’s far from universal agree on what is “fair use” because the intentions of the originator vary so much. And then there is the modern issue of “implicit content.”

That brings me around to, well, “societal obligations” expected of us all merely for being members of a community. We used to understand morality in terms of “obligations” back in the 1950s or so; a recent film about the Israel-Palestine issue (“Encounter Point”) explains how that kind of perception affects both Israeli and Muslim societies today. Probably it’s “family values” where moral notions have changed the most. Today, the “Dr. Phil” types tell teens and young adults not to have babies until they are ready for the “responsibility” of dependents. But earlier generations didn’t perceive “responsibility for others” as an item of personal choice; they couldn’t afford to. Parents, by having children within marriage, extend social units onto children who, even as adults, have certain expectations of loyalty and non-selective [especially cross-generational] affection defined for them; they attain “equality” only marrying and extending the lineage themselves. Probably the most obvious trigger for my own perception of “obligation” during my coming of age was the male-only military draft, with all the “unfairness” of deferments (first for fatherhood, then for students), which implied that every person takes risks for others (men go into combat, women have children, which used to be much riskier) to earn their place in the world; but then some people were more “worthy” of shelter from risk than others. We all know the indignation that this caused. But today, the big problem that will bring the notion of mandatory social obligation back is the exploding need for eldercare. It could hit people who did not have their own children (and had always defined their own goals and pursued them without disruption) particularly hard.

Societies, then, rightfully concerned about sustaining themselves, make mandatory rules that everyone must follow. Yes, we do see this in the Bible with the “laws” that the “chosen people” set up to protect themselves after the Exodus. The point is not that those laws (or any other set of laws, like the Koran and then Shariah) apply to us, but that probably some sort of “rule set” will. Maybe it means “equal rights” and “equal responsibilities”, more or less. That’s why “gays in the military” became a central issue for me after Bill Clinton brought it up (with the outright ban morphing into “don’t ask, don’t tell”). It mapped to the capacity share responsibility – and risk, even when somewhat gender related – equitably, so that rights could be equal. One could look at gay marriage and gay parenthood the same way.

The problem with rules is that they take on a life of their own, become their own end. People start to measure themselves and then other people by moral yardsticks, and can even become addicted to the psychological “pleasure” of doing so. Perhaps that may be one reason why most religious teachings do make so much of social experience and accepting interdependence (rather than simple “personal responsibility” as libertarians define it), and the idea that infringements on the self, narrowly defined, will always happen in a free society. Hence, pastors like Rick Warren say, “It’s not about you” and we come full circle. Maybe it's about the "war" between those who accept interdependence and don't want to let go of and take criticism from those who are more independent.
Posted by Bill Boushka at 7:34 AM