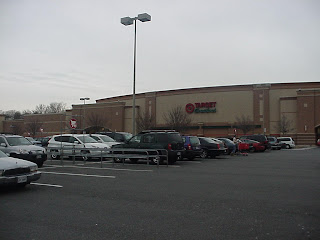 The New York Times has a story Nov. 22 by Brian Stelter that bodes relatively well for business models predicated on Internet advertising, link here.  Research done by Turner suggests that viewers don’t necessarily object to ads that introduce videos and films or online rebroadcasts of show episodes or that occasionally interrupt them, or sometimes appear in the crop space for video.
Over time, the time taken by ads on broadcast TV has been approaching 25 percent. A typical one hour episode runs about 43 minutes without ads.  Some rebroadcasts have been punctuated by commercials.
Although subscription films streamed on the Web by Netflix, and sometimes by Google (as with the Tribeca film festival) don’t have interruptions, free films, as those on Logo, often do.  Sometimes there are technical issues resuming a film after a commercial.
The findings do map over to user-generated content on the web, and the business models of the service providers and ’s that enable this modern-day mode of social networking and, yes, self-broadcast.

On the other side of the marketing fence, vendors have started employing "deep packet inspection" again to target ads to Internet users; the Wall Street Journal article by Steve Stecklow and Paul Sonne is "Shunned profiling method on the verge of comeback", Nov. 24, link here, consolidated by a site called "Njuice".  Bing shows that the WSJ has covered packet inspection occasionally for several years.
Posted by Bill Boushka at 7:08 AM