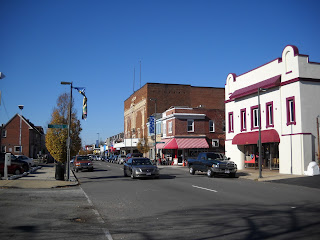 The Washington Post, in a crucial story by Cecilia Kang and Jerry Markon, reports, on op A16 of the Nov. 30 print version, the seizure of 82 or more domains (including domain names) by the U.S. Immigration and Customs Enforcement Agents (ICE) for trafficking in counterfeit goods.

The link for the story is here.

The action is controversial, inasmuch it foreshadows what could happen for copyright infringement and piracy under Sen. Patrick Leahy’s COICA, discussed recently here (Nov. 25).

If you enter one of the domain names, for example this ("Jordan's Box"), you get directed to an ICE page.

“This domain name has been seized by ICE-Homeland Security Investigations, pursuant to a warrant issued by a United States District Court under the authority of 18 U.S.C. #981 and 2323.

Electronic Frontier Foundation, in a short piece by Corynne McSherry, wrote ("U.S. Government Seizes 82 Websites: A Glimpse at the Draconian Future of Copyright Enforcement?"): "It appears that the "raid" has swept up several sites that are hardly in the business of willful copyright infringement. For example, the the list of targets included OnSmash.com and RapGodfathers.com. Both sites are dedicated to promoting rap and hiphop, showcasing new artists and helping fans connect and share information about the music they love." The EFF analysis is at this link.

Alternet has a similar article (is somewhat hysterical in tone), "Here Come Homeland Security Internet Police, and They're Already Shutting Down Web Sites They Don't Like: Murky new Internet regulation laws could stomp out freedom of speech...and the Department of Homeland Security has already begun", by Julianne Escobedo Shepherd, link here. A direct quote from this piece is significant: "A few sites on the list, though, stuck out: Onsmash.com, rapgodfathers.com and dajaz1.com are popular music blogs that were generally involved in the promotion of artists, rather than outright piracy. Well-known among rap fans for posting the latest videos, singles and remixes (always hosted from third-party download sites), their seizure was shocking, not just to the hip-hop blogosphere, but to music sites everywhere. Their inclusion on a list of sites that profit from manufacturing hard goods seemed arbitrary and ignorant. Furthermore, these sites were directly involved with artists, widely viewed as outlets that could help artists build buzz and promote their upcoming albums."

Web service providers say they fear that COICA could cause them to incur downstream liability for illegal activity on their sites, making it impossible for them to offer free entry services as today. For the time being, with respect to the ICE counterfeit seizures, website operators are likely to play a shell game, re-establishing sites under other names and other servers, especially offshore; but stricter enforcement (as with COICA) could seriously interfere with "legitimate" activity by individuals and small businesses.

I know a couple of people who worked for ICE as computer programmers (mainframe) in the 1990s.

As an ethical and legal matter, counterfeiting has always been around. I remember being taught about it in grade school and doing a book report on it around sixth grade (in the 1950s). 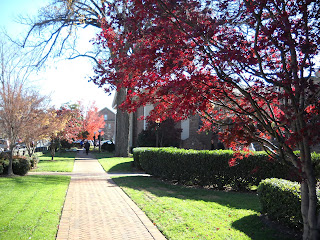 Ben Sisario has an article in tne New York Times, "Piracy Fight Shuts Down Music Blogs", link here. There is an irony in that record companies are forced to look at "leak" as a "marketing verb".