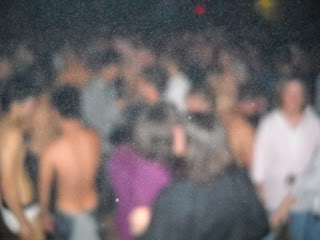 I found a lecture by George Washington University law professor Daniel Solove from January 2009 today on YouTube. I inserted the embed into my book review of his tome on Reputation posted January 12, 2008 (on “Bill’s Book Reviews” blog – navigate with Profile), but I noticed that Solove does favor some modifications in the way we apply the law in the US to protect reputation and privacy. 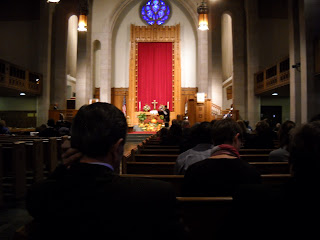 Solove was critical of the way courts have over-interpreted Section 230 of the US Telecommunications Act of 1996. He thinks that “distributors” of information posted by others ought to be exposed to liability for libel or invasion of privacy torts if they have good reason to know that the information posted by others actually is defamatory or invasive. The trouble is it would be difficult to draw the line on when a blog owner accepting comments or a forum moderator really “knows.” However, he thinks that downstream liability issues could be handled by safe harbor mechanisms similar to the DMCA for copyright (although we know, from the Righthaven copyright cases, that there could be more issues with how someone qualifies as an agent able to be contacted for notices).

He made an interesting comparison between privacy and copyright. If you take a picture of someone in a public place, you own the copyright on the use of the picture. But the subject, in the eyes of American law, probably enjoys little or no control over the use of an image of him (unless it is patently offensive). He suggested that some events in public places have an expectation of “forgetting.” People don’t expect others to keep track (online) of what they buy (as identifiable individuals) at grocery stores or pharmacies.

Solove notes that British law is more protective of people’s private information, the sort that is subject to gossip, than American law.

He also noted that social and family relationships create serious problems in practice, like the “Gliese Problem” of my previous post. He cited a case of defamatory information about someone who lived in a particular house, and the family that had moved in after that person left had to deal with the vigilante threats.

Here’s another YouTube video, two years old, of Solove on C-Span, talking for about 25 minutes on “The Communicators” about reputation and privacy.

Please also note that today I posted a review of the book “Radically Transparent” (Andy Beal and Dr. Judy Strauss) on my Book Reviews blog. There, you can aggregate by label all the posts on books about online reputation, and now there are a lot of them.

On Aug. 28, 2009 here there is an interchange in comments with another Internet law attorney (John Dozier) about propsoed Section 230 changes.
Posted by Bill Boushka at 2:43 PM