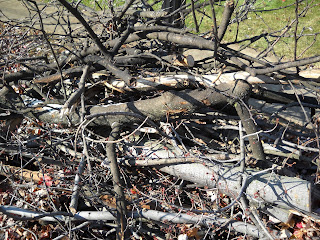 As the Universal-Rogue film “Skyline” opens, a dazzling but peaceful downtown Los Angeles, almost asleep at 4:27 AM, is suddenly showered with alien fireballs. 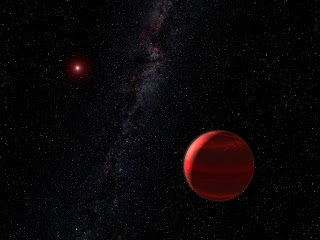 The mayhem that follows (it couldn’t be fixed by Allstate) may not matter here, but it makes a point. Call it the “Stephen Hawking Problem” or the “Gliese Problem” (named after the nearest star that might well have planets with civilizations, about 20 light years away). A few decades ago, we of Earth started broadcasting our existence into space. With SETI, we could just be attracting intruders we don’t want. There wouldn’t be much we could do about it. It might start with an electromagnetic pulse (EMP) from the invading extraterrestrials. We wouldn’t know what hit us.

There is a much more earthbound context in which this sort of thinking can matter. People can draw attention to the fact that, as individuals, “they exist” and “they matter”. Technology, most of all the Internet, has done this. But this has happened in a culture that has been used to hyperindividualism for only a short while. In a practical world, when one attracts attention to oneself, it can draw limelight (favorable or not) to others connected to oneself, whether one wants them to be or not – it’s not always “the axiom of choice.” These are the notorious matters of “online reputation” and ‘the privilege of being listened to” already covered.

We've seen microconcerns about this already from the insurance industry, which suddenly wonders if social media users are simply making themselves marks for crime.  On the other hand, such worries are a sign of giving in to "mob mentality", familiar in the world of gangs, snitches, and bullies.  Indeed, the Internet and the new freedoms for self-broadcast will test our commitment to civilization and dependability of law and order.  And, as the book by Beal and Strauss points out (Nov. 19 posting), self-promotion online has become a necessity for most people. At the same time, we wonder how far we have traveled in our legal and ethical systems with the focus on the individual rather than the family or group.

The rise of individualism, which certainly helped propel the growth of the Internet, has seen a paradigm shift in our moral mindset. Today, we tend to see things in terms of choice and then taking responsibility for the consequences of choice (especially pregnancy, STD’s, or other personal health issues). That’s valid generally (even if some kids wonder why they have to pass algebra), but when I was growing up in the 1950s and coming of age in the 1960s, “morality” had a lot more to do with how you handled the obligations you couldn’t choose. The issue that brought all this to bear in the 1960s was the male-only draft, with the controversy over several kinds of deferments (especially student). Today, we are quickly finding this out with eldercare (and sometimes other medically-related family obligations, all of which can make people interdependent regardless of choice -- and disrupt talented introverts with demands for other-centered, gender-based "social graces"), although the attendant moral issues still seem to be hidden in plain sight of the media. One reason that we have to worry about “unchosen mandates” is that, if you don’t perform them, you’re depending on the sacrifice of someone else who did. They call that “bad karma”.

I still remember the posters of the mid and late 60s, reading something like “Choice, not Chance, if you join today’s Army”.

Labels: personal ethics, privilege of being listened to