Boucher's loss to GOP in election may make it harder to clamp down on Web privacy; But "do not track" proposal floats as part of "Best Practices Act" 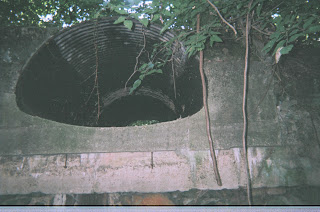 Web publishers and entrepreneurs may have mixed feelings about the results of the midterm elections Tuesday. While Democrats may have been more supportive of network neutrality, the GOP may tend to take a Cato-like laissez-faire approach to web regulation, including stricter privacy requirements. The defeat of Virginia Democrat Rick Boucher may mean that a bill similar to his Boucher Bill would have a harder time getting traction in the 112th Congress. It created quite a stir at the Digital Media Conference in Tysons Corner, VA last June. Boucher lost to Morgan Griffith Tuesday (story in the Los Angeles Times by Richard Simon here.)

However, Rep. Bobby Rush (D-IL) wants to introduce a “Best Practices Act” in 2011, and include a “do not track” provision. It’s unclear how this would affect Internet advertising by “amateur” publishers as is done today.

Yesterday, on the International Issues blog, I wrote a story about plans in the European Union to legislate a “Right to Be Forgotten Online”, along the lines of online reputation concerns. Gabriele Steinhauser has another story at MSNBC here.
Posted by Bill Boushka at 6:41 AM