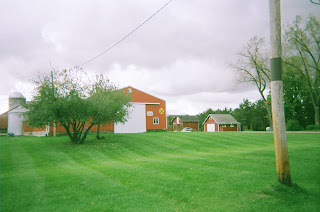 Rebecca Jeschke has an important deeplinks story at Electronic Frontier Foundation, Oct. 21, “Mom Asks Court to Declare Universal Violated Law in ‘Dancing Baby’ Case”. This refers to a case in 2007 where Stephanie Lenz posted a YouTube video of a family scene where an excerpt from a Universal movie or show embedded on a television set was imputed and shown.

Lenz has apparently won a ruling from a judge saying that content owners must consider Fair User before filing DMCA takedown notices. While some aspects of the litigation are still continuing, the concept could become important in other copyright litigation, including Righthaven, where defendants have been sued with no DMCA takedown warning ahead of time (this controversy has already been considered, as on Oct. 14 here). Generally, Fair Use has been treated as an after-the-fact “affirmative defense”, but if a judge ruled that a plaintiff must consider it before-the-fact, that would be important.

The link is here.
Posted by Bill Boushka at 6:11 PM