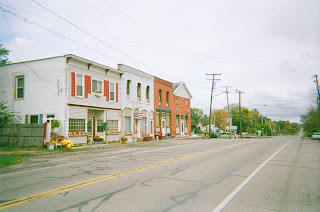 On Thursday, Oct. 22, The Wall Street Journal, on p. A16, ran an editorial “WikiPropaganda” applauding Wikipedia for banning British blogger William Connelley from editing any content on Wikipedia dealing with global warming. That’s because he had reportedly deleted material presenting views that disagreed with his aggressive position on controlling global warming.

Wikipedia has found it necessary to become stricter with spontaneous editing, for example, forcing any entry dealing with or changing any living person to go through pre-publication review.

Wikipedia does provide the public a way to provide content with, in a practical sense, relative anonymity (important for people in some sensitive situations). I’ve updated only one article, dealing with “don’t ask don’t tell”, providing information about the 1993 Rand Corporation report, and that info has subsequently been modified by others.

The WSJ editorial (may require subscription to see in full) is here.

By the way, I still don't seem to have enought "notability" (= "notoriety"?) to warrant a Wikipedia entry. My one reference is here.  But frankly I think I've had much more impact on the debate on "don't ask don't tell" and speech ("implicit content") issues than the public realizes. Time will tell.

Picture: Kipton, Ohio (near Obelrin), recent trip by me; I spent my summers (July anyway) there as a boy. I got to know the Cleveland Indians as well as the "notable" Washington Senators.
Posted by Bill Boushka at 5:34 AM