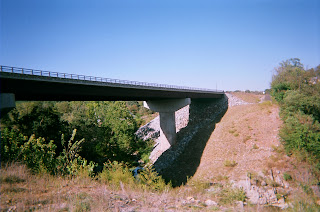 Robert Barnes has a front page story in the Washington Post on Friday, Oct. 1, “Church protests at military funerals a free-speech test for the Supreme Court”, link here.

The (conservative) 4th Circuit in Richmond had overturned an award to the family of Albert Snyder against the family of Fred Phelps from Kansas for a protest at the veteran Synder son’s funeral in 2006 in Westminster, MD (still in the 4th Circuit). The protest had been based on the idea that the Armed Forces have “homosexuals in their ranks”, a laughable idea for a protest given the debate on “don’t ask don’t tell”.

The 4th Circuit said that it was a danger to free speech if the plaintiff could sue just because it disagreed with the message, no matter how offensive.

Perhaps a constitutional line is crossed when the message is intended to subjugate those to whom it is addressed, however.

Newsweek has a video about the case (10 min, not embeddable) here.
Posted by Bill Boushka at 5:45 AM