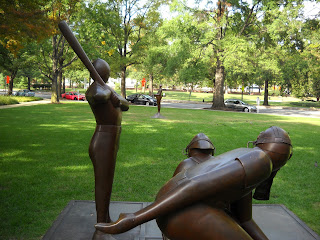 Even before 2000, I had become familiar with the “trash talk” boards on stocks, and had once written that employees of a company should never write on them, even anonymously.

A company called the LIGATT Security Group has sued some IT consultants (including former employees) who do not own stock in the company for “stock bashing” for personal reasons. The defendants had supposedly made anonymous comments bashing the OTC stock. There are three prongs in the complaint: defamation, business disparagement, and the “tortuous interference” known from the movie “The Insiders”. The suit was filed in a Georgia state court.

There have been cases where people (including employees) of some companies have behaved illegally online in order to manipulate stock prices (this happened early on, like in the 1999-2000 period, late in the Dot-com bubble), and in fact a few of these cases (such as a 1999 case in North Carolina) were among the early warnings that “gratuitous” online speech (even in a Web 1.0 environment) in the view of newly effective search engines could have unanticipated effects.