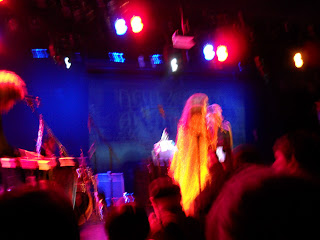 The most interesting point is that Fair Use in copyright law is set up as an affirmative defense to a complaint and case law has evolved that way. But Fair Use doesn’t limit the scope of copyright law per se. If a copyright owner feels infringed because he or she wasn’t consulted for permission, it seems it is legally correct procedure to sue and force the republishing party to defend itself, sometimes a considerable expense. In practice, that could be a real threat to “amateur” blogging. The legal standard for bad faith filing is pretty low, and Congress would probably need to act to prevent abuses—by working it into the original scope of the law. I recall that the Cato Institute took up this idea in 2006 in a public luncheon forum in Washington DC., link here ; I had met one of the speakers, Tim Lee, during my days in Minneapolis networking with the Libertarian Party of Minnesota. At Cato, there was a robust debate on whether copyright law really works for content creators and functions properly in a market economy (including consideration of the DMCA and maligned but necessary "safe harbor").

At least one Righthaven defendant (as of Oct. 21) has prevailed with a Fair Use defense, and it is likely in practice that many others will win if they can afford to defend themselves rather than settle, or find pro bono representation. (The dismissal ruling in the "Nelson" case is here on Scribd).

The article mentions the Poynter Institute, which is used by the Media Bloggers Association.

Down the road, this weak implementation of the Fair Use concept could become a real problem for providing bloggers with media perils insurance, if the legal system doesn’t do enough to prevent frivolous suits, but we already know this from SLAPP problems. And some day there could develop pressure to make the insurance mandatory.

As of today, the number of lawsuits is 160 and counting. As I’ve noted, there is more than one take on the idea of aggressively mining one’s “property rights” because otherwise others could sometimes make unrelated claims against them.

It’s interesting, too, that this problem has developed with the old “Web 1.0” model for publishing (including forums) and doesn’t seem to be affecting the social networking world yet.
Posted by Bill Boushka at 12:20 PM