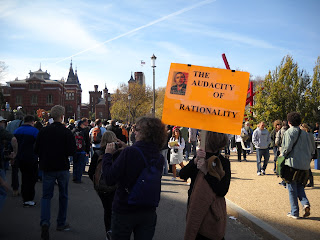 We’ve seen at least three visible examples of people in positions of “responsibility” making inappropriate comments in broadcast media or creating and self-publishing or posting inappropriate slurs on the Web. A NPR analyst made an unfortunate comment about people in apparent Muslim garb; an assistant Michigan attorney general created a blog to harass a particular gay college student, and an elected school official in Arkansas made horrific anti-gay slurs on Facebook.

Part of the reaction to this is not just the content itself or the groups affected. Professional journalists are not supposed to take up activism on their own politically, and in the HR world there is general knowledge that people with direct reports should not do so either. There is indeed some controversy with teachers, as the First Amendment protects their postings when they address matters of genuine public concern and some civility. But all of this can have a real effect on how many people use the Web, especially older forms (1.0) concerned more with publishing than newer modes concerned with networking, both social and professional. We’re only now seeing the necessarily public discussion on this subtle issue. Complicating the issue in the HR world would be prospective concerns, that a person with particular “intellectual property” interests on his own might be working for “journalistic” rather than professional motives (the ABC “Food Lion” problem from the 1990s).

Personal, self-managed and self-publsihed activism appeals to those who do not like to compromise with the oversimplified, partisan and compromising iniative of traditional pressure groups, parties, and political campaigns.

Anderson Cooper provided a comment from Dr. Phil on the Arkansas situation.