"One Nation" rally: highly spirited, and gives one to soliloquy (as in Carousel) 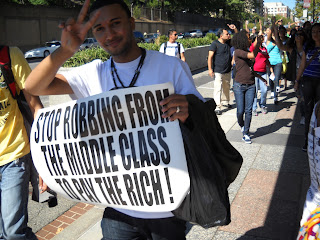 I walked through the “One Nation” Rally in Washington, gathered on the Lincoln Memorial Mall around the Reflecting Pool. 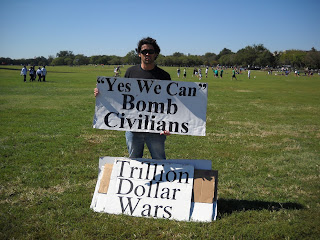 I was thinking about the “paradigm” of morality that I grew up with in the 50s: If “I” didn’t step up like a man when the community or family demanded it, then someone else would have to make the sacrifice, and you can see how that made me look. This played into the issues of the day, for example the Vietnam era draft and deferments. 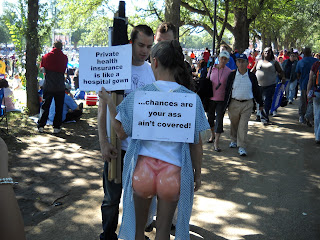 Then today, it seems as though the underlying message from both the far Left and far Right is, everyone has to have his own skin in the game before partaking of the public theater. There are still some existential challenges to “free entry” and our rights to speak for ourselves. One of the reasons that I entered the debate the way I did (with my “screed book” and Web 1.0 search engine exercise) was that I didn’t want to let some group talk for me. (There's a difference between "victimization" and "injustice" -- although, just like you can't go the speed of light without infinite energy, you can't have freedom and perfect "justice" at the same time!) I wanted to own the debate on my own welfare. But the debate spread concentrically to cover everything. Now, I find you can’t be a “know it all” without a real stake in specific other people. Something will be assigned to you, or even dumped in your lap. Your attitudes about “personal responsibility” and “consent” when you have to experience again what others have. 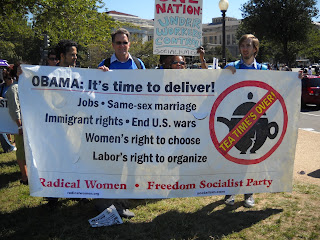 I heard Sharpton talk as I walked in the sunshine. This wasn’t a “Million Man March”; it was much nicer. It’s supposed to be an answer (or rebuttal) to Glenn Beck and the Tea Party but the underlying spirit was similar. 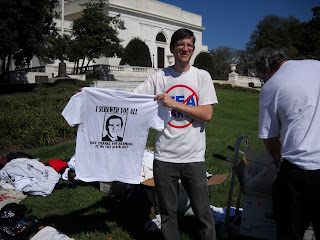 One appealing young man told me that there were only 50 “Al Qaeda” among the Taliban in Afghanistan. I doubt that’s true. 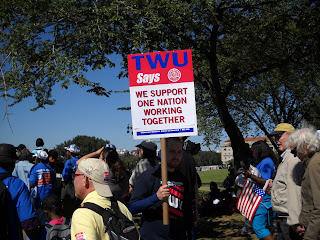