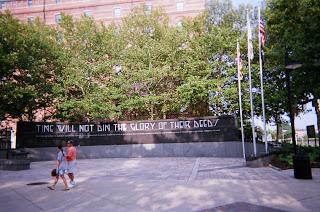 Copyright infringement takedowns under the DMCA have surfaced as an issue in the Ohio gubernatorial campaign this year. Congressman John Kasich put up a commercial with a clip by actor Clip Redden, playing a steelworker discussing governor Ted Strickland. The Ohio Democratic Party put up a YouTube video explaining the use of the actor and showing previous clips, including some material by production company Arginate. The studio ( link ) served YouTube with a DMCA takedown notice, which was honored. The video has remained available on Vimeo. Arguably, this was fair use and YouTube risked no downstream liability by leaving it up; the takedown order sounds as if it is politically motivated. Back in May, YouTube had restored a National Organization for Women video, claiming fair use.

Nevertheless, the video remains on Arginate’s own site, with embed code offered to bloggers; could there be a dilution of a fair use case if a blog serving ads used it?

The Copyrights and Campaigns blog has a posting by Ben Sheffield here, discussing the incident and Electronic Frontier Foundation’s position also, here.

It’s well to remember that copyright owners of music and video are sometimes very strict about any “unauthorized” use of their material, fearing a slippery slope. Commercial movies seek licenses for even one second clips from previous films shown embedded on televisions. It’s true that Vimeo can control the use of its “property” as a general principle, but here, in an election, where the purpose is so obviously political speech and where there is no real diluting impact, there seems hardly any question that the YouTube posting is fair use.

I suppose that, had the FEC not calmed things down in 2006, we could be talking about this video in relation to campaign finance reform, too.

At least, the Ohio Democratic Party was notified of a DMCA complaint, however ill founded. A plaintiff like Righthaven just would have sued anyway.

Here’s Michael Moore on copyright law. He speaks negatively of copyright, but says he just doesn’t want anybody to reproduce his work “for profit”. How does that impact fair use?