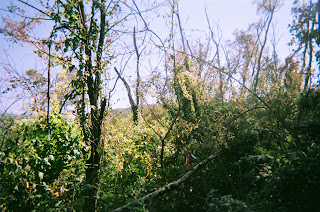 Saturday, Oct. 9, the New York Daily News ran a story on p 3 by Adam Lisberg and Larry McShane, titled “Get me off this dumb Facebook!” in print, and “Mayor Bloomberg may have his iPad, but hizzoner is no fan of Facebook or Twitter”, link here. Bloomberg couldn’t understand why people post the details of their daily lives (as in Richard Strauss’s “Sinfonia Domestica”); I agree, I don’t need to know from Twitter that my favorite classical music critic couldn’t make it to a garden party because his kid had just vomited. Bloomberg was also critical of the tendency for kids to publish compromising photos of themselves, and thought it was perfectly appropriate for employers to vet people online before hiring them. After all, clients might do it.

That brings us to a couple points we have made about “online reputation”: some people give undue weight to tiny things, like a couple of cases where teachers were fired because pictures of them (as legal adults over 21) holding apparent alcoholic drinks appeared on line. (It didn’t take anything like Olympic swimmer Michael Phelps’s bong hits.) Again, you could appear in a random picture at a disco taken by someone else. Furthermore, it is frightfully easy for an employer or private investigator to identify the wrong person online, and no one will ever know.

This bring back to mind the whole Andrew Shirvell episode in Michigan (where the assistant MI attorney general targed a gay college student at Ann Arbor in his screed-like blog). The story may be complicated by reports that Shirvell had followed the student physically at least once, but even the blog itself sounds like inappropriate output from a state official, whose objectivity in doing his job as a prosecutor would then be questioned. But this observation itself takes us down a slippery slope. Suppose I am a manager with many direct reports and ability to make performance appraisals and to hire and fire. Even if I say on a public personal blog (in a moment of “recreational outrage”) that, for instance, I am opposed to “affirmative action”, could some subordinate who happens to find it online claim I was biased if I ever some disciplinary action against the subordinate? Maybe that leads (some day) to a legal rule that anyone (with workplace direct reports) who wants to publish his own “intellectual property” must submit it to bureaucratic third-party pre-publication review before publication, to stop “hostile workplace” claims. What it I have a Facebook page, and put only pictures of “desirable” co-eds on it as friends, and let it be open to “everyone”? (That is, Mark Zuckerberg’s definition of “Everyone”). A less stunning employee gets fired and sues. (This could happen in either a gay or straight setting, but it might even matter if I first “told”). All of this can lead us into some esoteric scenarios that could generate more than one independent movie (“courtroom drama”) screenplay for the Landmark Chain. (Remember “tortious interference” from “The Insider”?)

Maybe some of my ruminations here are speculative, but we have a worldwide community with extremely variable notions about reputation, and how one person’s can affect another’s. Self-display is a good thing in a community committed to individualized democracy, but it causes real issues as it moves away from its annular origins into the hot starlight of the real world. Imagine, if you will, the Internet once we have colonized other worlds and have to transcend the speed of light. Maybe we will depend of telepathy.
Posted by Bill Boushka at 5:29 PM