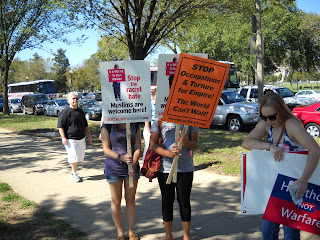 A trade association of about 5000 advertisers has announced a voluntary “Self-Regulatory Program for Online Behavioral Advertising”, as explained here. (I’ve encountered relatively few domains ending in the “.info” tld.) There will be an icon, shown here (it is already legally trademarked with USPTO) which will allow users to opt out of behavioral tracking. That could lead to users seeing more general material or none at all from these companies in the future. The plans have been under discussion since mid 2009.

Some people are saying that this is not enough, and that government must do more to protect privacy. This voluntary plan may in part be motivated by the Boucher bill, discussed on this blog June 28, 2010.

It's likely that users with anti-spyware (like Webroot spysweeper) will notice fewer "spy cookies" being identified by scans.

But remember that advertising makes user-generated content and free entry on the Web profitable for service providers. It’s important even for webmasters and bloggers who do not serve ads (as at one time I did not, and still don’t on some content) to understand this. Without a profitable model, the opportunity for speech and debate from anyone could go away some day.

It reminds me of how people used to (and still) complain about commercials on broadcast TV, which are sometimes excessive (even on cable). It’s a bit much in movie theaters or in major league sports events where you have already paid admission.
Posted by Bill Boushka at 4:29 PM