Images of people on the web and in blogs: What are the expectations of privacy (especially in public)? 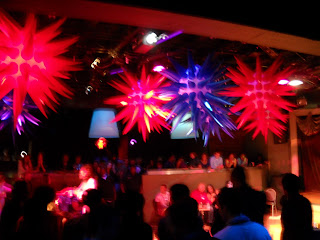 Kathleen Parker has a piece in the Washington Post, Oct. 3, p A19, “Let’s try friending decency”, with link here.  The article does refer to Tyler Clementi’s tragedy, but at the end she writes “never publish or distribute images of anyone without his or her permission.”

I suspect that protesters at a rally want their images (and signs) distributed. When people are out in a public place, they have no expectation of privacy with respect to their presence or portrayal or ordinary behavior. That’s pretty much true in a bar or disco, too. Of course, there are issues. Someone in the military still might be discharged if a picture of same-sex dancing at a disco showed up on a blog. But there’s another issue here – germaneness. One problem, as Rand pointed out with the military back in 1993, some behavior, while not necessarily private, just isn’t germane for suitability for service or employment.

John Schwartz has a perspective on cyberbullying and the privacy expectations in the New York Times today, link here.

Picture: This may look like the "Solar Flare Disco" in my "Baltimore Is Missing" screenplay. Here, you can't make out the people, but on some other photos you can.
Posted by Bill Boushka at 7:59 PM