Gulliver's Travels (that is, Bill's) 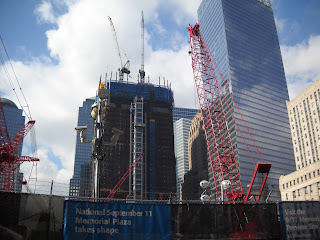 I made another visit to Ground Zero today, before going to a show in the Village. I can see that the Liberty Tower (or obelisk) has added about 100 feet. But originally the new WTC was supposed to be completed in 2008. I don’t know why there are so many extra years in getting it built. There is another structure in lower Manhattan that I had never noticed that has two towers offset, much like the original twin towers, 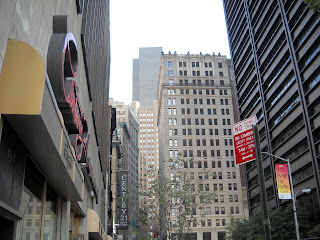 I found the site of the proposed mosque, two blocks north, and it’s rather unremarkable; there is an Amish Market right next to it. 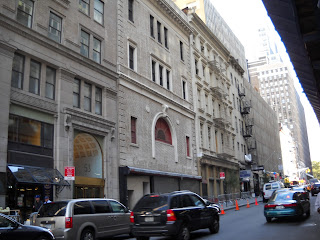 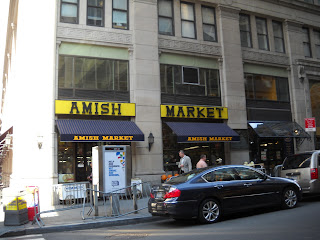 There is also a cross made of the original WTC steel one block north. 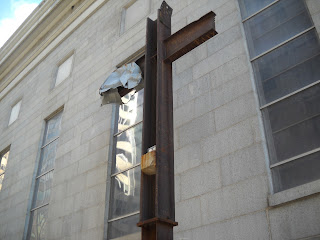 I went up to the George Washington Bridge on the A train, site of a tragedy in the bullying controversy. Next to it are the scenic Palisades. 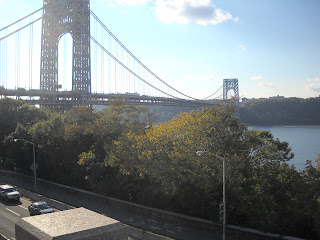 I understand that a federal judge did not budge on “don’t ask don’t tell” today. I’ll check this tomorrow; it’s late.

When the cat's away, the mice play; but Greenwich village cats are friendly, and one caught a bird right in front of me, ready to present it. 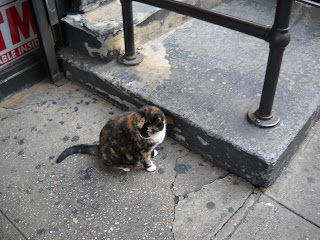