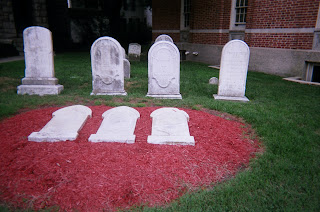 Kurt Opsahl has a commentary dated Oct. 6 regarding Facebook’s most recent moves to safer privacy controls, which he says is closer to the recommendation of Electronic Frontier Foundation’s Bill of Privacy Rights. The link is here.

Although EFF has provided some more “functional decomposition” of its privacy bill, it focuses the discussion in two big areas.

The last one, the right to leave, and Facebook’s provision of a zip facility to keep data, gets a lot of detailed refinement in recommendations, that would probably cause programmers a lot of tedium (but maybe not for those with Zuckerberg’s speed, as in that recent movie). But the more interesting part of the discussion concerns the ability to segment friends’ lists into separate partitions, and share or “publish” different sets of information among these, I suppose in a way that is reflected in the News Feed and Wall. The facility does tend to emphasize the idea that Facebook is turning back more toward actual social interaction --- however modeled in a digital media network – and away from broadcast publishing, which can be very useful for political organizing (especially overseas) but which raises serious “conflict of interest” or “implicit content” issues for people in certain jobs or personal situations. But that was Zuckerberg’s original intention – the information you share has something to do with the people you actually share it with, almost as a moral principal (and certainly as an element in the way you define system classes and objects, your basic OOP stuff).

PCWorld has a story today by Tony Bradley that summarizes Facebook’s changes, link here but puts it more in the frame of an aggressive, competitive business strategy aimed at Google. The article speaks of “cliques” of friends, which might be particularly suited to business (or marketing) as well as personal use.
Posted by Bill Boushka at 7:50 PM