Copyright: contemplating it from the viewpoint of a copyright owner 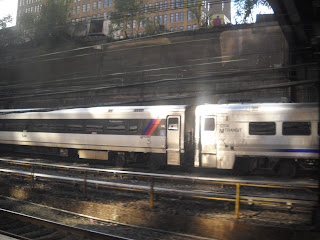 Yesterday, while in a full service Internet café in New York City, I tried searching my name again, and did find that some sites do “broadcast” some of my postings, sometimes with a title and first sentence, such as with this example (link).

Occasionally I do find examples of plagiarism on the web. I am aware of a few examples of college or high school plagiarism from my work and than of others.

It’s interesting to turn the copyright question around and think about it as an owner, when encountering cut-and-paste by others. I think that “amateur” bloggers of posters (like me, quite frankly, for 12 years or so) benefit from the exposure, even from outright copying, particularly if they post their content for free viewing without requiring user logon (even if displaying ads).

Some commentators have suggested that reproducing an article’s title and first paragraph is acceptable practice in Internet news aggregation; others, however, have said that this undermines the intrinsic value of some news sites used as sources, especially the Associated Press, which has objected. Bloggers probably benefit from this being done.

There is an opposite side of this coin, however: if one does not protect one’s intellectual property rights, one might lose them later in a seemingly unrelated matter. No, I’m not going to “sell” any articles to Righthaven or any such operation. But Stephens Media may really have a point. For example, the right of a blogger to continue posting his own “property” without third party review could be questioned in some employment or even domestic situations, and a history of defending one’s rights vigorously could work in one’s favor.

For travelers to NYC, there is a full service Internet Cafe at Bleeker and Jones streets, near Sheridan Square and the notorious Stonewall Inn.  The local Kinkos and FedEx on West 4th doesn't have customer computers.
Posted by Bill Boushka at 6:55 AM