Bullying can be dealt with by basic ethical and civil principles 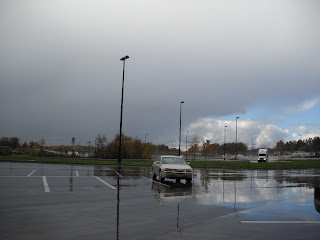 The media has rightfully focuses a lot of attention on bullying recently, both on physical bullying and cyberbullying.

One troubling question is whether schools should teach students about the issues of specific targets – such as LGBT people – as part of the program to end it. Many insist that this is necessary.

It has always shocked me that school administrators look the other way and say “Boys will be boys” and tell targets not to attract unfavorable attention to themselves, as if bullying were a semi-legitimate way to impose the social norms of the group.

Instead, there should be a consistent standard of expected behavior. Individual people may exhibit various characteristics and behaviors that some people may, for whatever personal (or particularly religious) reasons, associate with “moral” issues; but in a civilized society one does not confront others directly with judgments like this, likewise one should not single out others online this way. This is the way people are supposed to behave in the workplace, in schools, and now in the military.

One wonders a bit about online presence in a more abstract sense. As I found out in an experience when substitute teaching (July 27, 2007 here), others may wonder what the “purpose” is about dealing with some matter on line, and believe that if the speaker has no direct “standing”, that the speaker is motivated by animus or by a desire to stir up trouble. This is the old “implicit content” problem that some people might want to connect to cyberbullying, although that seems a bit of a stretch.

I was teased a lot in grade school (starting about grade 3) and “junior high” for being physically uncompetitive as a male, but not for perceived sexual orientation in itself – all this back in the 1950s. In those days, there was an unpleasant connotation, that someone physically “behind” could become a “burden” on the safety of others if wartime conditions occurred again – all of this occurring in a time when male-only conscription was practiced. (Contemplate this: teen bullying leads to adult bullying, which can go down the political path of either Nazi Germany or Communist Russia and China with its “Cultural Revolution”, depending on circumstances; or it can go down the road of radical Islam.) I sometimes retaliated, such as a time in seventh grade when I scratched a boy’s arms with my fingernails after teasing, maybe leaving scars. The teacher actually though the boy had gotten “what he deserved”. Toward the end of ninth grade (still junior high in 1958), I participated in spreading rumors about a boy’s seizures in class, and actually confronted the boy myself in gym class, in front of the teacher. I was called in and bawled out by the school nurse! (and she used the word bullying). It’s hard for me to understand my own insensitivity then, even at age 14, even though psychiatrists today say that the “teen brain” is not fully developed to understand consequences or even apperceive empathy. It is true that those who bully were often bullied themselves or fear it. In senior high school (grades 10-12) I had no issues at all (at Washington-Lee in Arlington, VA, at the time one of the best high schools in the nation). But at William and Mary, as a freshman in 1961, the problem would come back (see my Nov. 28, 2006 posting). One result of the "teasing" (quasi bullying) in my own tween years the development of a feeling that the courtship and competitive aspects of the heterosexual world were humiliating; I would desire to live on another planet and have nothing to do with it (and become very aware of the same apparent "difficulties" in others). For years, that is effecitvely what I did, until "The Reconciliation".
Posted by Bill Boushka at 1:03 PM