Bloggers bringing sleaze and "little brother" to mainstream media, and even into the home 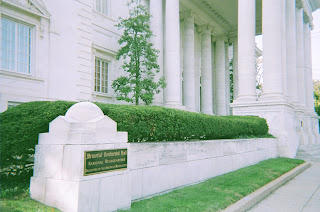 Howard Kurtz has a column Oct. 18 in his “Media Notes” in the Washington Post, “Bloggers are scooping sleaze into the mainstream news world”, p. C1 print, link here. His examples deal mainly with rumors in the sports world, but they could be anywhere. Bloggers are forcing mainstream papers to play “gossip girl”, which is rather reversing the accusations of Stephens Media and Righthaven, who claim that bloggers are just stealing their stories. Kurtz himself is moving over to become bureau chief of the Daily Beast (link).

I don’t think my own blogs get into sleaze; a few dirty dancing pictures are about as far as I go.

Then, today on page B3, “John Kelly’s Washington” talks about the kinder, gentler newsroom (at the Post) where stories are now “deleted” rather than “spiked” or “killed”. The mainstream newspaper world used to be a picky, brutal place he says. Read Foster Winans’s “Trading Secrets”.

Then, The New York Times Magazine on Oct. 17, page 17, Walter Kirn has an article in “The Way We Live Now”: “Little brother is watching: in the web era, we are eroding our privacy all by ourselves”, link here.  He develops his thesis on the Rutgers tragedy. “Ours is a fragmentarian society, infinitely divided against itself and endlessly disrupted from within by much the same technologies that, in Orwell’s somber novel, assured a dull and deadening stability”. But we still want some people to be “more equal” than others.

I did see Michael Radford's UK film "1984" (with John Hurt) that year while living in Dallas, and even then the movie and Orwell's novel (so often read in high school) sounded dated.
Posted by Bill Boushka at 6:48 AM