Visit to Penn State Campus motivates my own summary of "the moral debate"; is mass litigation and endpoint of "individualism gone amok?"; Is Facebook like a "party line"? 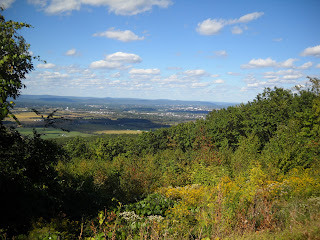 It would be fun to be a graduate student again, residing in a mountain-walled campus community like Penn State, with its “four-season climate” (euphemism for blizzards, particularly in Februay), which I visited yesterday. (I think the mountains are extensions of Sideling Hill, Town Hill, and the Allegheny Front, or Eastern Divide.) Penn reminds me of Virginia Tech, also in a mountain valley, but it’s architecture is more varied and utilitarian. And the campus, next to downtown and very funky College Station, is huge. It took twenty minutes to walk across it to view the Law School. Not that many of the “kids” knew where it was. That’s surprising, as a law professor there, Katherine Pearson, director of the Elder Law and Consumer Protection Clinic (see directory link), has written papers about an undeservedly obscure topic: filial responsibility laws (also called “poor laws”). I’ve written a lot about these on my “Bill Retires” blog (especially July 12, 2007). One of the “kids” was a law student herself, and when I passed on my web info, I’m sure I left the impression that my main ax to grind is lifting the “don’t ask don’t tell” policy, and idea that I’m sure is known on campus. (I saw the office for the LGBT group as I walked across.) But ideas, like universes or maybe just plain dots, are connected. All of this ties back to the idea of “autonomy of self” (a connection with DADT that a Washington Times editorial made Monday; see my GLBT blog Sept. 9). 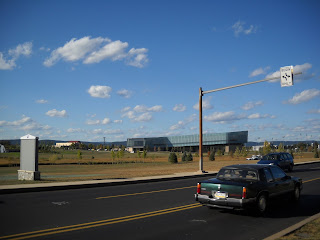 I also have an ax to grind: on the way back, as I left I-99 at Bedford and tried to enter the Pennsylvania Turnpike at night, I got bemused by the interchange and went west by mistake. To my chagrin, I noticed there was not another exit for 36 miles. State law says, I have to admit the mistake. An hour and a half gone (and 3 gallons of gas, and a toll) gone. But it is entertaining to drive the Allegheny Mountain Tunnel. The Pennsylvania Turnpike, which at one time had seven tunnels on the main branch, as was eventful road on family trips to Ohio in the 50s. (Reminder: the 9/11 Flight 93 Memorial is less than ten miles from the Tunnel.) 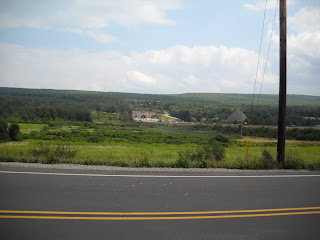 Like a preacher introducing a sermon, I have to go back on to my “topic of the day”, that is, “autonomy of self”. I prefix this with one more anecdote: as I sat munching on chili in the Somerset Plaza (before turning back from my “mistake”) and read USA Today (first about NBC’s upcoming series “The Event”, which sounds all most certainly to be alien abduction) I noted that someone made a comparison between information sharing on Facebook (and the whole controversy over “privacy settings” and the “Everyone” concept) and the “party line” problem in the 1950s (particularly at grandma’s house in the small town of Kipton, Ohio) where “listening in” surreptitiously was rude and a threat to others’ family secrets.

In addressing “autonomy” again (oh? Please!) I am thinking in an inductive arch. I get feedback from people who sometimes don’t respect my autonomy, and have very definite “opinions” as to what I must do. But that comes down the other side of the mountain “continental divide”, towards far shores: we seek principles that would apply to everyone (isn’t that what “The Law” is supposed to do?) and autonomy, as an operative precept, certainly is undergoing an unexpected metamorphosis. And the greatest concern seems to be that the values-driven behavior of individuals, rather than that of political or economic entities, has a big effect on sustainability and stability.

Since the 1960s or so, we have indeed grown the concept of “autonomy of self” or “individual sovereignty”. Technology, starting first with lower cost personal mobility, was the engine for this. We used to connect autonomy with “privacy”, but the Internet age has reconfigured our idea of “privacy” to say the least. Mark Zuckerberg himself says that a person has only one identity, an idea which, in an instant communication world of Facebook and other web implements, pretty much blows away the feasibility of “don’t ask don’t tell” kind of thinking.

One of the cornerstones of personal autonomy was the idea that the individual makes his own choices and is 100% responsible for the results of those choices. I had stressed that in the Introduction of my 1997 book (“Do Ask Do Tell”). That does sound like a foundation of libertarianism. The best known example is “Dr. Phil’s”: If you have heterosexual intercourse and make a baby, you’re responsible for that baby. Indeed you are. But what about the converse? (or inverse?) Remember how you learned in plane geometry that a contrapositive is always true, but a converse or inverse might not be?

The curious paradox is that the open, free-entry style of communication and sharing, whether motivated by “socializing” or “self-publication” or “self-broadcast” (they overlap a lot), takes us across the boundaries of “autonomy of self”. For one thing, we’re aware that a society predicated on “personal responsibility” can drop a lot of people (“the losers” --the workplace is not kind when it comes to cooler talk) on the floor, without compassion. While it seems to address the right-wing concern of mooching (and depending therefore on the “state” for a safety net, rather than self and maybe family), it can fail to acknowledge hidden privileges and inherited “unearned” advantages and dependence on the hidden sacrifices of others. But one thing “personal autonomy” as a moral paradigm accomplishes is encourage innovation, sometimes spectacular achievements by individual people (Facebook, more or less, although that wasn’t just one person). It’s interesting to me, as I think about it, that the expected revolutions, which in the 60’s seemed to focus on massive cooperative engineering (aerospace) instead moved towards revolutions started by individuals (personal computers and Internet applications).

In physics, nature teases us with apparent paradoxes, where all possible outcomes enumerate at the micro level. Maybe this is true in ethics as well. One of the outcomes of the “free entry” self-broadcast revolution is how personal statements are interpreted in relation to visible personal behavior. If someone is aloof to the needs of other people, then abstract criticisms or fictive “act outs” on the Web as authored by the person get interpreted as contempt (possibly invoking hostile workplace concerns) or provocation (possible invoking attempt charges). This is the old-new “implicit content” problem that indeed overtook COPA. And some of the legal excesses going on today (the massive litigation and supposed “business models” based on it) seem to be an example of hyper-individualism turning in on itself, bringing back old ideas of bureaucracy, attacking anything that seems to be an innovative competitive threat.

People today can have a “high profile” with very little need for others or to compete in a conventional way, but that possibility motivates us to recall an older, unwritten ethical principle that previous generations seemed to accept but couldn’t articulate. That is, before you establish yourself publicly as a citizen of the world, you have to be meeting the real needs of other people. And you should be doing this with “yourself” – your “essential humanity”, not just your “project work.” That usually brings up ideas of family loyalty (or the notorious “natural family” neo-movement). While it’s important to answer for one’s choices, it’s important also to have the practical and personal skills to “join in” with other people, sometimes less intact, at their level of experience, and this seems as morally compelling to some people (partly on religious grounds, perhaps) as is “personal responsibility.” There is no reason intrinsically that such an idea can’t be implemented in a world that accepts gay marriage and parenting, but it would disavow the “upward affiliation” that used to be some important to gay male psychology; indeed the world that my generation came of age in did equate homosexuality in men with a certain relational and physical “cowardice” as to sharing community risks, although thankfully times have since changed. This concept really comes more from the Left than the Right, because it seems to answer Maoist-like concerns that no one should “get out of things”, by forcing everyone to experience the community in a certain aspect (as to openness toward interpersonal activity) that honors the family’s common good. It also still answer’s the Right’s concern about “freeloading” (as I discussed in the 1997 book). But it would perhaps stifle individual innovation. Just as hyperindividualism could accidentally morph into a kind of fascism, hyper-communalism can invite Stalinism or Maoism down the road. Excesses of either (or both simultaneously) can invite the “authoritarian capitalism” of modern day Russa and China (in an atheistic setting), and, in my view, radical Islam or any theocracy, when driven by religiously prescribed ideas. 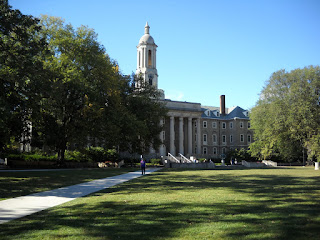 Labels: personal ethics, personal history, privilege of being listened to, rules of engagement