Respect for personal autonomy (and one's own "separate peace") 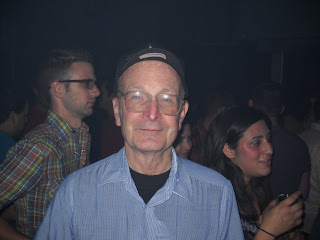 With all the discussion about marriage and “family values” and the like, it’s important to keep a grip on “respect for autonomy”, even if the “personal sovereignty” model for civilization raises some good questions (last post).

My starting point is the teasing (sometimes a little bit of bullying) that I experienced in the grade school and tween years because of my lack of ability to “compete” appropriately as a male.

I probably didn’t pick up on the idea that some of the “competition” (as in team sports like [touch] football) is about cooperation and teamwork as it is about individual competition. I wanted to be left to excel in the things I was good at. Beside music, that generally included academics, and as history would prove, that was a good thing. The Cold War would curiously produce opportunities for nerds, who were needed. And the Vietnam era draft would offer up people (men) who didn’t do well in school into infantry combat, whereas college deferments offered a way out. That brings out the entire "hidden in plain sight" issue of "getting out of things" that both the far Left and far Right like to toy with.

But the physical "stuff" when I was younger proved so humiliating that I wanted nothing to do with it, or with the social or psychological norms of the “straight world”.  I didn't get the idea that there could be a psychic reward by "joining" a lineage even if I hadn't "competed" well myself.  I walked away from it, and made my separate peace. But it was peace indeed, and I was able to lead a productive life, standing alone, perhaps sometimes in my own reflection, vulnerable to the next accident, separate from the common destiny of family lineage or at least continuum. (Yes, it happened as a gay man, using the mechanism that George Gilder calls “upward affiliation”.) Libertarianism, with the focus on absolute personal accountability, would provide a compelling belief system.

In a real world, sometimes when people don’t have families of their own and carry on their lineage, others often regard them as fair game for sharing common family responsibilities that others expect of them. And indeed, the needs are very real. Although there are systems to take care of the elderly and disabled (and often resources, whether a parent’s prior savings, or long term care insurance, to pay for outside help), they do come under strain as the demand explodes because of demographics. And it’s not just eldercare (and I add that the 1998 film “One True Thing” provides a pretty good walkthrough of what can happen). Tragedies happen in families, and sometimes people, even the unmarried or singled (even LGBT) are expected to step up and raise siblings or siblings’ children (as movies like “Raising Helen” and even “The Conrad Boys” show). Many people believe that even for the unmarried and/or childless, one’s parents and siblings are one’s “family” in lieu of one’s own spouse and children.  At a certain psychological level, this (the expectation to "play family") does not work for people who felt "driven out" of the conventional world of marriage and family and do not have their own lineage (but do have meaningful and sometimes public "separate" lives). Our society sometimes (but not consistently) demands that people go some very long extra miles to meet needs that occur within families or other specific communities.  Family responsibility isn't always the result of one activity associated with one's own passions. It's not always just about "personal responsibility" as libertarians view it.

It’s not hard to see how this interplays with all the debate over gay marriage and even parenting. Political activists talk about problems like this with language like "second class citizenship", and sociologists use the unpleasant metaphor "family slave".

But the "problem" also connects to the debates over Internet openness, privacy, sharing, and all sorts of self-broadcast and “implicit content” issues. Sometimes content that a speaker believes to apply to himself only (the “stand alone” situation) is perceived by others as affecting others in a family or community by some sort of existential extension.

I do understand, as I noted in the previous post, that there is some need for commonality of purpose (it certainly makes society somewhat more stable and safer for many); and I get the idea that sometimes, as Rick Warren says (although not on Inauguration Day) “it’s not about you.” Or maybe it’s not “just” about you.

But the fact remains, once someone has gone down a productive individualistic track in life, his (or her) autonomy has to be respected. Otherwise sacrifice becomes what the word says, and sometimes the loss is irreparable. One should not presume that someone like me who went down a different road can jump to fill just any need without real loss. I may seem aloof to some people and not always offer the sense of interpersonal “connectivity” that others are used to expecting within blood families. And only the individual (like me) knows his own life well enough to see all the risks. 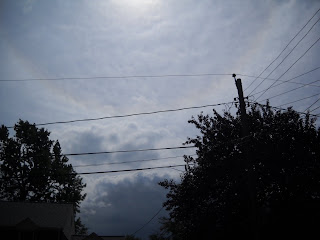