Newspapers claim they have warned bloggers about the "rules" 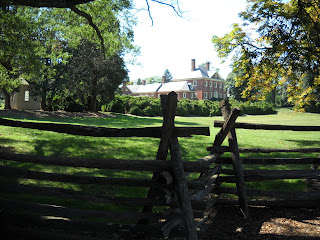 The idea of mass litigation against ordinary people for venial copyright infringement may seem like legal terrorism, or at least extortion. Actually, there is a certain perverse logic to going after people not poor but of modest or average means; presumably if one can be wiped out for a infraction, one is deferred, and mass behavior changes. And technology goes both ways: while it gets easier for users to “do anything I want”, it gets easier to hunt them down with automated scripts which, of course, could make mistakes. The Righthaven matter sounds like a high school English teacher’s “Turnitin.com” search (from term papers) applied to everyday bloggers.

A content owner (a newspaper, music or movie company) says it needs to capture all the revenues it should have earned if everyone had paid for the content or content license. The law, as written, does allow for exorbitant awards and punitive damages per instance or item of infraction. In theory, someone who acquires or distributes someone else’s content illegally, when apprehended, must pay back his or her fair share of the lost revenue from all infringers, although that would be impossible to estimate reliably.

So bloggers and home users might seem scared, but there are some rules that content providers warn everyone about. It may seem like there is no excuse for not following them. The blog entry on the Las Vegas Journal Review by Sherman Frederick (linked in the September 8 posting here) was strident and bellicose, perhaps, but Frederick does have a point. “Don’t steal our content.” So what does that mean?

For computer users, there are two issues: illegal possession, and illegal distribution and/or republication.

The RIAA and movie piracy lawsuits were mostly about illegal possession, and mostly were tracked down from P2P users. But the general rule is, if you have to pay for something to have it legally, then you could get in trouble if you are caught with it illegally. Companies are familiar with this because they undergo Software Publishers’ Association audits for illegal copies of software (or user patterns not covered by licenses). Generally, when software vendors supply software on DVD’s or CD’s they warn you not to make copies of the CD’s. Likewise, movie DVD’s may be copy-protected, and rental DVD’s always contain FBI warnings that you can’t get around about illegal copying. We all know, however, that the DMCA and all the laws concerning overriding copy protection are controversial,, and could even interfere sometimes with artists’ making legal copies of their own work. Likewise, movie theaters and stage plays warn that cameras and picture taking are not allowed, and people have been prosecuted for videocaming at movies. (This seems a bit of overreaction, but the theaters have to draw a line somewhere.)

I know that hobbyists make copies for their own use. When I collected vinyl records, I copied some of my own records, already purchased, to cassette as a measure against record wear. I think that was probably legal as long as it stayed in house. But it’s probably not legal for friends to trade records or CD’s to tape or copy and avoid paying for original copies of. But it’s hard to catch people if it’s under the table and not online.

But the Righthaven affair is mainly about illegal republication or distribution. The “threat” is that more newspapers (particularly smaller ones) will join up and use “economy of scale” for mass lawsuits. (I don’t understand why Righthaven would need to purchase the content first; in the RIAA model, this didn’t happen. It’s also unclear from many accounts as to whether users have to be warned first with cease-and-desists and/or DMCA takedown notices. )

To their credit, most newspapers do tell visitors about how to purchase republication rights, both for news stories and particularly for photos and sometimes videos. Visitors, especially bloggers, should take this as fair warning that they are not free to republish whole stories and images without permission or license. (The issue would be even more sensitive for publications that require paid subscription to see the entire content, as more newspapers are starting to do with some content.) But there is a Fair Use doctrine, discussed in the Feb. 8 posting. One (that is, especially, a commercial newspaper) cannot publish something without allowing readers to comment publicly on items in the content. But there are good questions as to how much (as a percentage) of a relatively short story can be reproduced under Fair Use, in order to provide comment. Perhaps if a blogger shows that an original content passage is “outrageous”, its quotation is more justifiable. The key is to add value to the content that wasn’t there already.

It's true, that bloggers who do a lot of "cut and pasting" of original content have another valid point: content at original links often disappears, sometimes in a short time. Without the republication of excerpts, visitors will not be able to understand the context.  Sometimes linked items disappear even when logically the newspaper could have archived them and charged for content (which, if done, would make the republication less justifiable).

There are some more tips on “Right Wing News” in “An Interview with Ron Coleman about Legal Issues for Bloggers and Blog Readers”, link here.  Here's a "creative" solution: Perhaps newspapers could offer not only subsriptions but reasonably priced subscriptions with "republciation" licenses, following a "paid" Napster-like solution and compromise with the larger user community.

I do wonder if someone will get the idea to mass-witchhunt other situations, which may not be legal infractions at all. (Yup, I may be giving people ideas.) What about video embeds. Yes, if a media company provides an embed then it’s OK to use it (even though that’s reproducing an entire “article” without giving the media company the chance for the advertising exposure on its own site, because b providing the embed code, the media company is implicitly granting permission, it seems). Yet I’ve wondered about YouTube embeds if the YouTube video itself infringes (is a copy of something posted without permission). Palomar has a link (referring to am EFF article) here.

What about images from Wikipedia or other commons? Generally, the bloggers should review the license at the bottom of an image page and provide attribution. Sometimes “Fair Use rationale” is provided, but many items have been released into the public domain or have Creative Commons licenses.

What about original photographs of copyrighted pictures? We all know that picture-taking from movies is usually a no-no. Museums vary. Some allow photography in most sections, others don’t. Some have a concern about flash. The blogger needs to check for the institution’s or exhibit’s policy.

What about warnings (often from reused AP content) that a story can’t be “rewritten or redistributed”? Does this protect the “facts” in the story? Facts aren’t generally copyrightable. So I don’t think they can carry much weight. Be careful of close paraphrasing.

What about deep linking? As far as I know, the legality of this was settled about ten years ago, although in the late 90s a few companies tried to forbid deep linking to their sites, on the specious theory that they were losing ad revenue.

Again, news organizations have some reason for concern. A term paper that reproduces facts and bibliographic references in the old-fashioned way isn’t going anywhere, but online its believable that aggregation sites and pages might displace the business generated by original (paid) content.

The hit movie “Going the Distance” has a line where a newspaper editor tells an intern that he doesn’t hire, “Why don’t you try blogging?” It’s as if movie was suggesting that “amateur” blogging really could displace conventional journalism. Indeed, bloggers may fear that this is the motive behind “legal terrorism”.

But amateur blogging should add something that commercial journalism cannot: a “heard in the street” perspective (no offense to the Wall Street Journal), that “keeps them honest” (no offense to AC360 on CNN) and connects the dots in a personalized way. This does enrich debate and often change its course. Without an open Internet, protected by Section 230, I wonder if we would be so close to overturning “don’t ask don’t tell.”

We could sit around and imagine other conceivable temptations for mass litigation. What about movie reviews that contain spoilers?  Do they destroy the market for actually seein the movie? In the mentality of some people, they might.

Here's an example of where a forum called "MetaFilter" removed a post apparently for a reposting of a Fox news story about a school suspension in Texas, link. Note well the use of the term "recreational outrage"! So some forum moderators are becoming concerned (although Section 230 should protect them, at least as it is set up now).  The details for this incident are posted Sat. Sept. 11 on the blog "Bill on Major Issues".
Posted by Bill Boushka at 12:17 PM