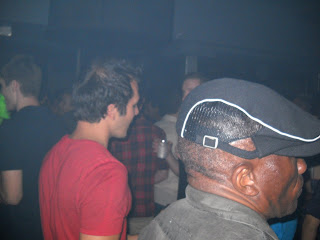 Jose Antonio Vargas has a great article in The New Yorker Sept. 20, “The Face of Facebook: Mark Zuckerberg opens up,” link here.

Vargas describes Zuckerberg’s personal philosophy, of a more open society, upon which his business model is based (however “accidentally”). Specifically “Zuckerberg’s business model depends on our shifting notions of privacy, revelation, and sheer self-display.”  The personal values of "minimalism" and "eliminating desire" sound interesting.

Later, the article shows an IM that Zuckerberg sent that seems damaging, about PII that people sent him at Harvard. “They ‘trust’ me”.

Vargas talks about the upcoming movie “The Social Network” from Columbia, based on the book “The Accidental Billionaires” by Ben Mezrich. There is an irony, maybe challenging morally, that some people who were essentially asocial would develop a mechanism to encourage others to become more social in public, and then watch the spectacle, rather like kibbitzing a chess game but not playing in the tournament. (Well, then, we do have pro football, don’t we.) .  Zuckerberg reportedly does not plan to see the film. (I do.)

Zuckerberg’s “philosophy” has its critics. After all, he was the “favored child”, etc. He doesn’t have anything to hide (not even those IM’s). Yes, the world would be better if it could be a more open place. But Anil Dash is quoted as saying “My feeling is, it’s not worth the cost for a lot of individuals.” The word “individual’ is critical here, because our society has moved away from families sharing same-boat fates, but that’s by no means true for everyone.

But, Mark Zuckerberg (depicted as “straight” in all the media) has done more to crush the military’s “don’t ask don’t tell” than anyone on this planet, just by developing this company. 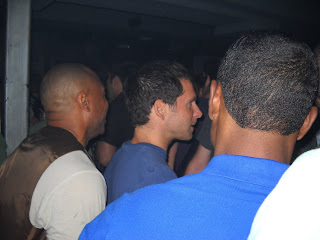 Picture: At a disco. But did the same person change T-shirts (pictures are about 5 minutes apart), are they twins, or does my digital camera play games with colors? Some forensics.
Posted by Bill Boushka at 1:09 PM