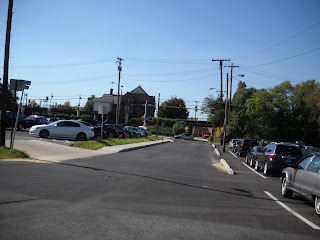 A number of web media sources are reporting a new “business model” for mass litigation (or “spamigation”). A company buys up copyright ownership of news stories from certain newspapers or other publications, and then trolls the web for illegal repostings of the stories on blogs or aggregation sites and sues the owners of the sites. The concept reminds one of "Turnitin" and one wonders if the activity would also troll the Internet Archive, for previously undetected infringements.

The newspaper  mentioned in these accounts is the Las Vegas Review Journal (link for blog entry about this at R-J by Sherman Frederick -- read the last sentence and weep!); there may well be others "joining up" . Some commentators suggest that this is an unconvincing (to say the least) way for strapped newspapers to raise some money immediately.

A story by David Kravets in the “Threat Level” feature of Wired, dated July 22, 2010 (it’s surprising that it has taken six weeks for this matter to get around) is called “Newspaper Chain’s New Business Plan: Copyright Suits”. The link for the story is here. The story cites Steve Gibson as the “entrepreneur”, and the company is called Righthaven. It seems that the value from litigation is more than advertising.

Here is a link at Justia giving the filings so far (nine pages). The suits appear to be filed in Nevada, under the Ninth Circuit, and as now number over 120 and new cases are piling up quickly.   You can follow the cases by hyperlinks down to specific content items and discussions (for hours if you want to). A recent defendant is Sharron Angle, with a blogger (Steve Friess) story about the matter here. (Judge the merits for yourself!  I can't tell here.)   There is an interesting piece by Ron Coleman (linked from new defendant John Glenn Sept. 9) on a site called "Likelihood of Confusion" called "Suing bloggers for dollars" here.  Check his link where he says bloggers are wrong to infringe copyright where he gives his own guidelines for what is Fair Use (below).

There is a Blogger site that also discusses the Righthaven situation, and lists the defendants to date and identifies what they do, link here.  The blog also links to a list of Stephen and (now) WEHCO Media newspapers, many of which are probably obscure to most bloggers.  Use great care when using any of their material.  The blog also discusses DMCA agenting (taken up here Sept. 28, 2010).

There are a number of comparisons to be made with precedents. With movie and especially music “piracy” there is arguably a “theft” issue: people, mostly through P2P, were getting entertainment content for free that normally they should have paid for. The RIAA mass lawsuits, while intimidating (and catching parents or roommates owning the computers) were not particularly effective, but newer business models offering the music or movies legally for low cost (such as paid YouTube rentals or subscription Napster) have been. Newspapers, on the other hand, may have a hard time being profitable because the Internet “model” practically forces them to offer a lot of content free, and people buy fewer hard copies. Some newspapers (like the Wall Street Journal, or the New York Times starting in 2011) charge a subscription for full articles, but it is hard to see if that will work. Many newspapers charge for archived individual back stories over a certain age.

It’s also worth noting that film industry has its own version of mass litigation (from Washington DC’s “US Copyright Group”, with connections in Germany), for piracy of up to six films (including “The Hurt Locker”). Some of the other films involved might have trouble being profitable with normal sales. Independent filmmakers and musicians repeatedly write in tweets and on blogs that they have mixed feelings about piracy. They feel flattered, but they need the income. Note that this new litigation risk the others)l exposure does not involve P2P; it involves mostly text stories on sites and blogs.

An article (July 20, 2010) by Steve Green in the Las Vegas Sun (a different paper) discusses three of the Righthaven defendants, including a Conservative site called Free Republic. Green has many other articles about this matter indexed here at the Sun.  The story Sept 3 about a jurisdictional "win" for the plaintiff there looks important.  Kevin Trudeau's radio site has another story by Green (that I could not find on the Sun's own site) about defendants' fighting back here.  And there is a MediaPost story by Wendy Davis about a suit based on a blogger's reposting an article for which he had done his own research and certainly had a "moral rights" claim, link here. (The defendant was Anthony Curtis of the Las Vegas Advisor (link).)

In the past, there have been other legal controversies about news aggregation sites, particularly involving stories from the Associated Press, which was going to issue guidelines for what it considers permissible use. The AP example could conceivably be used by the courts to determine if Righthaven’s complaints are reasonable given ordinary newspaper industry copyright practices. There were even some controversies about quoting the full titles (if more than four words) of stories, or extended subtitles, which often give the gist of a story. Also, some AP stories (and some local television site stories) contain warning against “rewriting” and “redistribution” which, however, could not apply to merely reporting facts in a story because facts (unless legally confidential otherwise, like PII or trade secrets) can’t be copyrighted.

Electronic Frontier Foundation has its own account by Richard Esguerra Sept. 2, here.

EFF argues that these lawsuits may have the same effect as SLAPP suits, bullying defendants into settling for a few thousand dollars because they cannot afford defense, or could lose big, including legal fees. The tort system in our country does not have very effective protection against abuse, and tends to favor “the powerful” (although I believe the Copyright act does have some provisions conserning abuse). Tort reform ought to be a major priority for the current Obama administration. John Stossel and other libertarians have urged a system called “loser pays” as in Europe. EFF’s article ends with a statement that it is looking for Righthaven cases to defend. It would be almost impossible to develop an acceptable media perils insurance model for bloggers without tort and litigation report such as Stossel and others suggest.

Particularly disturbing is EFF’s report that the Righthaven complaints demand that a court freeze and transfer a defendant’s domain name. It’s easy to see how such a practice could be used to undermine a media brand associated with a domain name. Righthaven seems to be demanding control of a site’s future content, although it’s not clear that this could apply to a renamed site. There seems to be nothing in the copyright statute that justifies this. (This has happened before with libel cases before, where organizations have been taken over by plaintiffs who sued.)

Also disturbing is the report that Righthaven goes right for litigation, without cease and desist letters first . This would sound complicated. ISP hosts would be immune under the DMCA Safe Harbor process (and maybe Section 230) but must go through a preventive takedown procedure first, which would warn the website owner (and which can allow challenge). RIAA and USCG went for litigation. Rapid lawsuits against individuals have been common for years; in the early 1990s, “letter lawsuits” were mass-generated against defaulting homeowners with deficiencies, although that wasn’t done this time around with the more recent housing crisis; now rapid service process delivery (serve-em) exists.

EFF also points out that the plaintiff has apparently bought content after trolling the Internet for purported copyright infringement. That reminds me of a process in the debt collection world, where companies buy entire blocks of old debt and then go after debtors more aggressively. Now, content is sold to third parties in the media world for legitimate reasons all the time.  Motion picture companies buy films from production companies (or even individuals) to distribute them, and typically the distribution companies take over the copyright ownership issues.  Also, as a matter of law, content doesn't have to be "making money" on its own to be protected (although Fair Use claims do consider the effect on an existing market; admittedly republication gives content more exposure).  Some of my own articles have been plagiarized; I haven't pursued them, but as a legal matter I probably could.

Copyright law has a “Fair Use” provision (just mentioned above) which considers it acceptable to quote proportionally small amounts of material from a story for purposes of comment. The provisions are here.

Websites that accept advertising might arguably have a harder time justifying a Fair Use claim, all other factors being equal.

But some factors would obviously favor a fair use claim. One would be if the blogger adds his or her own perspective to the materials cites. Another would be if a blog post contains links to at least two independent versions of a story, each of which contains information not contained in the other. One problem is that some news aggregation sites appear to quote entire stories or major portions thereof with very little value-added content.

In my own practice, I try to give complete links (with date and author and physical location in print version if known), use more than one story when possible (or at least link with a label to other posts that have given other facts about an issue from other sources), keep verbatim quotes brief (although I do sometimes cite subtitles) and offer as much original perspective as possible. When it is possible (easier if you live near DC), I prefer to visit a news story site myself (like a Glenn Beck rally) and provide an original report rather than just cite others’ reports.

On August 30, Kravets reported in another Wired story that WEHCO Media, which owns a number of papers including the Arkansas Democrat-Gazette, was being added to the list of clients, link. Interesting: The Arkansas paper is one of those actually charging to see most content (this blog, Jan. 22, 2010).

It's scary that people see a "business model" in mass litigation, especially in "purchasing" content in order to claim copyright infringement and for no other purpose (when content seems not to be making much other revenue in a "legitimate" way). We could sit around and think about other scenarios. What about infringing videos, going after not only the original postings, but also the embeds?  The possible "opportunities" for legal bullies sound endless.  Some people do not want "newbies" into the power structure, I guess.  That's one reason we need tort reform.

Also: The comments made by viewers on many of the sources I've linked here (including Mr. Frederick's own "warning" blog article) are interesting. They are rather disapproving of Righthaven, but by no means unanimously.
Posted by Bill Boushka at 11:37 AM