My own submarine visit during the 1993 debate, in souvenirs 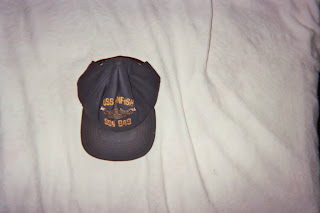 Well, I misplaced that old Sunfish cap, the “evidence” that I really did board the submarine in 1993 and interview the crew members during the debate over Bill Clinton’s plan to lift the ban on gays in the military (with the eventual outcome of “don’t ask don’t tell“), with the emphasis in the debate at the time on “privacy” and “unit cohesion”. 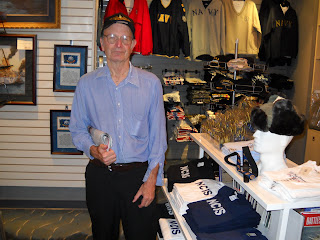 So, yesterday, I went to the U.S. Navy Memorial at the National Archives Metro station on the Green-Yellow line in Washington, and looked for a replacement to simulate the artifact. Most of the caps were actually for Army and Air Force, and one was for Navy Seals. I found just one submariner’s cap, $16. But there were plenty of NCIS hats and T-shirts (note in store picture). 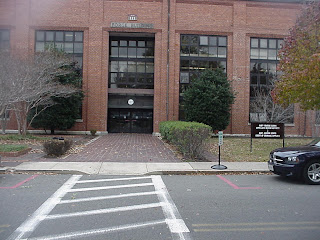 “NCIS” (link http://www.ncis.navy.mil/Pages/publicdefault.aspx ) stands for “Naval Criminal Investigative Service” which is actually run by civilians. (Yes, there is a TV show.) According to Randy Shilts (in the 1993 book “Conduct Unbecoming”), many of the witchhunts of sailors were conducted by the NCIS. It sound seem to me that working for them would constitute a basic “conflict of interest”. But so would being in the service and becoming a JAG officer. In fact, so would being a trial lawyer for the government at all, and have to defend the constitutionality of statutes when you don’t believe it. 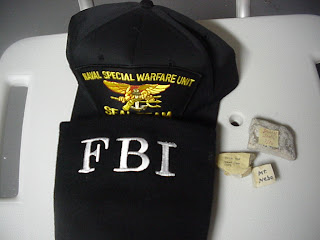 For what it's worth, here's the President's Room at the Museum. 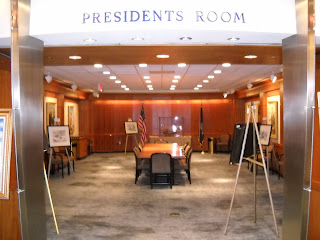