More reports on how "copyright trolls" work; Section 230 and DMCA s.h. are different concepts; some rulings on Righthaven start 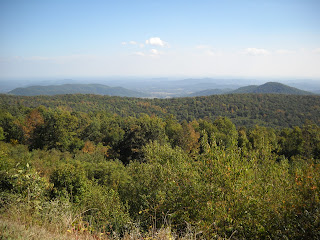 But the main focus is again the (“petit ami”) Righthaven actions against sites for simply republishing text from the Las Vegas Journal-Review.

A posting Aug 6, 2010 on the blog by the Las Vegas Trademark Attorney, “Avoiding the Wrath of Righthaven”, by Ryan Gile, here  makes (at least) two new points important to consider. As of Sept 27 Justia showed 144 lawsuits, many of them against small organizations, some against individuals. One is that apparently the LVJR accepts the idea of reposting the title and first paragraph only. But this is exactly, I thought, that the Associated Press had found objectionable (when done automatically by news consolidation sites) because that tends to reproduce what AP does well itself and reduce the value of AP in the news market. OK, different publishers have different models and different standards of fair use, and the effect on the copyright owner is a parameter to be considered with Fair Use. Yet, as EFF points out, copyright owners can’t be allowed to redefine Fair Use just to please themselves.

Giles also discusses why the defendants did not have the “courtesy” of a DMCA safe harbor takedown from their ISP’s. One problem is that the safe harbor mechanism requires the ISP or service provider to define and register a designated agent with the US Copyright Office for processing safe harbor claims. For example, Google explains its DMCA policies here and warns that frivolous copyright claims have sometimes resulted in counterclaims. Other large ISP’s are likely to have similar policies. In general, it appears that publishers that host their own servers and sites may be at more risk if they do not register their agents, and sometimes they may not have the legal understanding as to how to do it.

In fact, the Copyright Office appears to offer webmasters a self-agenting opportunity for up to 11 names for $145 ($115 for only one) here.  Now, a further discussion at Chilling Effects on what constitutes a service provider under DMCA Section 512 (here)  would appear, to me at least, to limit those who can become agents to those parties that actually provide their own communications facilities with the Internet; it would appear to my reading that those who depend on blogging services (like native Blogger and Wordpress,not mapped to a domain) and.or conventional shared hosting cannot name themselves as agents, but should make sure that their hosts and ISP's have satisfactory DMCA takedown agenting mechanism.  (Remember, DMCA protects the ISP or service provider from downstream liability; in practice, these larger companies have deeper pockets and the most practical exposure to potential liability; it is not absolutely clear what happens if a "spamigator" ignores practicality attempts to "shake down" people without resources, and I think the courts are probably going to have to rule on this.  It may be true that those who host their own Internet connectivity are in a better position to guarantee themselves of agenting rights and DMCA warnings before lawsuits; sometimes technical pazaaz really counts.)  These links were provided by Electronic Frontier Foundation in a discussion of YouTube embeds and potential contributory copyright infringement, link here.  Dating from 2007, most of the "news" in this story is good, but some caution is in order. Maybe someone out there would look (by an automatic troll application intending a "shakedown") for theoretically infringing embeds, but in general a YouTube video is going to be removed first if it infringes. One potential caveat occurs to me: many blogs have ads, whereas some YouTube videos don't, and sometimes they do not appear with ads on the original YouTube site.

EFF has discussed the Righthaven case against the Democratic Underground, and republished its response. Righthaven’s practice of purchasing articles known to have been copied in order to sue is bound to be controversial. As I noted yesterday, the right of a copyright owner to use the “property” as it sees fit is indeed a critical legal point, and in other kinds of cases might be critical to keep individual bloggers from being “silenced” by other business interests. All of this expresses a certain irony in my view.

Could a blogger or “Web 1.0” publisher be liable for infringement from a comment posted by others, or from republishing an article when requested to do so by an email, when it turns out that the original author had “stolen” the article from LVJR or some similar potential litigant, unbeknownst to the blogger (and without identifying the original source)? Could a blogger be “set up” this way? I wonder. I haven’t heard of cases like this, or whether larger ISP’s, when safe harbor, essentially offer a practical prevention measure. In general, it sounds like it is a good idea to moderate comments and email submissions, and be confident that the source really did itself get the material legally. Note that Section 230 apparently does not cover copyright, just ordinary torts like libel and the like. DMCA, not Section 230, is set up to handle copyright downstream liability issues. It needs to be understood carefully.

In general, the advice “don’t copy” (very much) may be appropriate. A blogger should copy as little as necessary to make a point (paraphrase if possible), and state the importance of the linked article in relation to other known content and issues. Stating significance (and placing in context) certainly adds more value to the original news content and sounds like an important part of Fair Use.  In many cases, it appears that the supposed content had been intended to be viewed free and could not have, on its own, earned revenue through conventional sales.

EFF offered a link from Scribd about one case (Klerks), where on Sept 17 the judge agreed that the defendant had valid Fair Use and probably procedural claims, here. Apparently the defendant heard he was sued from a reporter, before or without being served first.

Again, while I'm supportive of the idea that one can do with one's "property" as one pleases (and that seems pretty fundamental), I think that courts and legislators are going to have to reconsider how copyright law should work when "automated abuse" is possible.  Maybe there should be even stiffer penalties for frivolous actions.

Yup, the picture is wholly mine (from a hike Saturday).
Posted by Bill Boushka at 4:06 PM