More remarks on "conflict of interest" and property rights of employees; does the Righthaven matter have other significance? 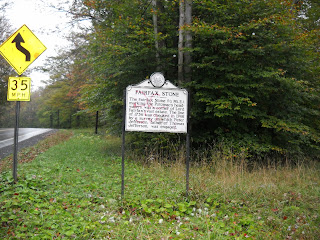 Back in the 1990s when I was working on my “do ask do tell” book while working for an insurance company that sold to military officers, I was indeed concerned about what I perceived as potential “conflict of interest”. In discussions then with the company, the points came out that I did not have direct reports and did not play any underwriting role in deciding who got insurance. In time (in 1997) I “took advantage” of a merger and transferred to a position in Minneapolis that would appear to distance me from the military side of the business.

The concerns at those time were with self-published (or possibly trade-published) materials that might become well known and create the appearance of “moral impropriety”, that I should at least not depend on a client base for income with which I was at some sort of “moral odds”. At the time, the effect of the Internet (just the Web 1.0 environment), with the amazing efficiency of search engines in promoting the content (especially when “free”) of someone whose book sales alone might not (economically) justify traditional publication and distribution, was not yet appreciated, and social networking as we know it today was still a few years off.

Yet, as web publishing and “self-display” took off, it became apparent that the search engine efficiency had created a new kind of “risk”, especially to employers, regarding the “online reputation” of associates. For employees with direct reports, if they posted “political” opinions online with respect to various kinds of people (imagination can run wild here), employers could some day face hostile workplace litigation. Discrimination litigation could occur because of underwriting decisions. In time, the nature of the “problem” spread. Some employers began to fear that employee “online reputations” could drive away clients, wrongfully or not. Other concerns appeared in areas like property insurance, and in medicine, where heath care providers feared rating sites or talk boards or other web content targeting them could wrongfully drive away patients and harm their practices (hence the “gag order” problem which appears sporadically). In all of these areas, a component of the risk could become prospective; a fear of what a self-publisher might do in the future when the business relationship had terminated.

By 2000, I had posted an essay online suggesting that managers with direct reports or the authority to make underwriting decisions (and certain other kinds of workers) probably should not self-publish online without pre-publication review by third parties, which would constipate the speech somewhat and provide some oversight of the external risks. Indeed, some government agencies require their employees to submit all their own material for posting this way (although it’s not clear that the pre-publication review policies would apply to material totally unrelated to work).

Over time, I would receive two letters from my employer’s counsel, indicating no conflict of interest based on the activity of writing and publishing books or web promotion of them. But the letters specifically did not mention the proposed content of my work or the issues that they could take up (like “don’t ask, don’t tell”). Upon reflection about this matter later, it seems to me that it all came down to understanding “property rights.”

Indeed, in the past few years, people have been denied job opportunities because of their own online content, and sometimes been fired for personal blog postings or even tweets or Facebook wall scribbles. Most of the firings have happened because of one of two issues: (1) posting confidential information (especially trade secrets), or (2) criticizing the boss, other workers or customers of the workplace (in the 2002 “dooce” case of Heather Armstrong, even without “naming names”. But sometimes teachers have been fired because of content that was thought to reflect poorly on their reputations when viewed from the possible perspective of parents rather than other contemporaneous adults (like the “drunken pirate” case in Pennsylvania).

In cases involving improperly reposting confidential information or PII, there is no issue; the poster does not “own” the material being posted; the content is the property of the employer, who can do with it as it pleases. But if one writes an original essay on gays in the military, for example, or filial responsibility laws, one “owns” the essay as (intellectual) property. That normally means one can do with it as one pleases: publish it in a book for which one must pay, or post if for free on the Internet, where it is very likely to be found by search engines and viewed by other immediate stakeholders. In the media business, generally legal copyright owners may do what they wish with their content, although it is common in the movie (and sometimes games and software business) to sell licenses for specific kinds of distribution rights with specific kinds of media.

The idea that one can do with one’s own property as one pleases is important in other areas. In the real property world, the constraint is usually found in zoning laws. But it has effect in commerce. Can one buy a competitor to put it out of business? (I remember when this happened in Texas with respect to a water park.) Sometimes, although anti-trust laws might come into effect. Can one buy newspaper stories in order to sue people who “stole” the stories online in reposting? That’s a controversy in the Righthaven cases. But generally, people can do (or not do) with their own property as they like. That generally means people can post intellectual property that they created, for free or not. Employers might try to stop it with blogging policies, but might run into a judge who says that allowing even a private employer to do so violates individual property rights and is therefore not good public policy.

In business, employee “conflict of interest” more often refers to having financial holdings in a manner that could undermine the proper discharge of one’s workplace (fiduciary) duties. The wrongfulness comes not in the use of owned property, it comes from owning the property in the first place. I once ran into something like this when a life insurance company proposed that I become an agent, but said that in the training phase I could have no other income. They said that was a requirement of Sarbannes-Oxley (which does appear to prohibit acting as both a broker and agent at the same time). But it sounds wrong now, because that would violate my own property rights.

I can imagine a situation where an employing or business party asks, why publish for "everyone" and "self-display" over controversial or murky issues, instead of using privacy settings (which are available on most blogging platforms, even though it is in Facebook that there is a public controversy). But then I would not reach a large audience and would be forced to "join up" on established causes.  It is the ability of the independent individual to reach an audience that has been my goal. And it seems that the 14th Amendment does say that this is part of my "property right" as long as I have legal personal ownership of the material I am publushing.

I realize that on previous posts I have sometimes questioned the "right" to "free entry" or unlimited self-distribution as "fundamental", but now the "property rights" argument as it supports online free speech seems stronger as I think about it.  (See Dec. 17 2008 and Feb 8 2010 on my "COPA" blog.)

In the intellectual property area, it seems that this sort of argument could lead to other troublesome situations. Here's a "modest proposal" that I hope remains forever hypothetical: To get a particular job, one must destroy any intellectual property whose future use might conflict with the employment or other business interest. One might have to sign an affidavit under oath that one has destroyed the property. Because it is not the use of the property that produces the conflict, it is the possession. I hope that things don’t go this way. But the whole Righthaven mass litigation situation could indeed have far reaching implications, no matter what the judge(s) in Nevada do. In retrospect, I do understand the client newspaper’s position: that it cannot tolerate the willful infringement of its property rights. And likewise I can understand the same position in the movie and music business. I may be there myself some day. Property rights are a major part of autonomy of self, and freedom from the wrongful control by others.
Posted by Bill Boushka at 11:55 AM