More defenses for Righthaven marks are getting articulated; some settlements appear 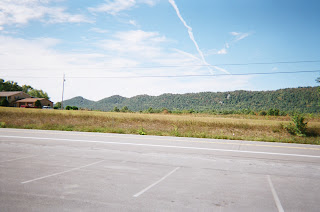 Today, the “Righthaven Victims” blogger site discussed some of the settlements, particularly for The Armed Citizen, with story link here, referring to a full story in the Las Vegas Sun by Steve Green. Apparently the suit had been filed in July, so the settlement sounds fairly quick and perhaps coerced as far as these things go.

More relevant are some other Sun-Green stories, discussing the concept of “barratry”, and then a story posted on the Sun Sept. 25 to the effect that some lawyers now argue that newspaper stories made free to web viewers can be reproduced on non-commercial sites, at least under Fair Use, or that free display removes the copyright protection. The link is here.

I would be concerned whether such a defense could hold. For example, if the “infringing” site had any display ads at all, it would no longer be non-commercial. On the other hand, the original newspaper could argue that it is losing ad revenue when the entire story is reproduced.

A better argument is that older stories often disappear, and that a public interest is served when other bloggers reproduce them. On the July 31, 2006 story in this blog, I discuss an original editorial “Suffocating the First Amendment” that had appeared in The Washington Times on Oct. 12, 2005 (in relation to an older campaign finance reform fight). The piece disappeared, so if I want to refer to it, I can only summarize it; I still don’t have the legal right to reproduce it without permission, because the newspaper has the right to control its own piece as “property”. I do think the newspaper industry should have a better method of keeping track of old stories, charging when necessary.

Still another argument is that the secondary blogger can add context or meaning to the original story by using categories and labels, causing related stories (from different sources) to be selected and grouped together. In a sense, that is "trnasformative".

Another argument could have to do with the lack of DMCA notification. It’s true, that the DMCA safe harbor protects only the service provider, not the content provider (unless the content provider is his own service provider and makes himself a copyright agent). But the lack of reasonableness in the process suggests that damages demanded are far in excess of the actual economic impact, and the motives of the speakers affected seem generally constructive (and generally non-commercial or minimally commercial), in most cases.
Posted by Bill Boushka at 5:54 PM