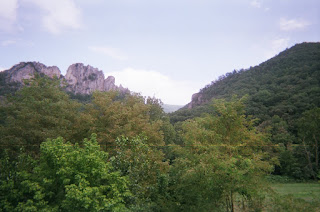 Today, Monday, Sept 6, 2010, is Labor Day (people would say “I stayed home and labored”), a beautiful, sunny, warm day in the DC area. I do recall that Labor Day in 2001 was perfect, as I drove back from Thunder Bay to my high rise in downtown Minneapolis, along the coast highway that hugs Lake Superior. The temperature was still warm, in the mid or upper 70s (it gets warmer in Minnesota than most people realize), and the humidity was about 0, unusual for that part of the world. I even stopped at a “reservation” casino south of Duluth off I-35, although I don’t gamble. Little did we know, but I had a funny feeling of stricture in my mouth. That email, you know.

This weekend, the media is still debating Craigslist’s “self-censorship” of its “adult services”. Note that the ordinary “personals” are not censored. This seems to be in effect only in the United States and Craigslist will not comment, not to reporters, certainly not to me.

This sounds like the classical “Am I my brother’s keeper” problem. Well, sometimes we are, the various states’ attorneys general say. It seems as though Connecticut and Maryland (not bastions of social conservatism) led the list, maintaining that women and sometimes minors were being victimized repeatedly.

Legally, however, Craigslist would seem to enjoy the protection of Section 230 of the 1996 Communications Act (an adjunct to the “Communications Decency Act” that was struck down in 1997 by the Supreme Court), which protects ISP’s and forum hosts (including bloggers like me accepting comments) from downstream liability for comments posted by others, even if libelous, infringing of copyright or inciting harm. No doubt, the Craigslist situation will lead to calls for rolling back Section 230 immunities; but doing so could affect the ability of any site like Blogger, Facebook or Twitter to allow people to self-publish without external review (or any ISP to offer hosting to “unlicensed” individuals). Back on Aug. 28, 2009, I had an exchange with a book author on the problem.

Craigslist had been claiming it was screening the adult ads. But there are legal theories that say if you edit or monitor content in a forum, you might increase risk of liability. But then if that were true it could pose legal problems to moderate comments, which most bloggers have to do to eliminate spam.

On this Labor Day there’s a real workplace issue brewing: social media and blogging policies, as I’ve noted here recently. I want to stress that I think it is vital that employers (including, now, government agencies) state their social media policies online and make them viewable (in public) to applicants, before they even seek employment. Some government agencies (and that’s not just the CIA) have “prepublication review” policies and have some online talking papers on the way the Internet complicates prepublication review, but even here the situation is far from clear.

The whole question of "risk" associated with the new freedoms (of free-entry global speech) still sleeps but stirs occaisonally.  Will blogging and social media use become like driving a car and need (mandatory) insurance some day? It sould seem logical to me that a debate toward reducing Section 230 protections for content hosts could turn into a debate about requiring individual speakers to have insurance, a situation that the liability insurance industry has no actuarial model for, so watch out!