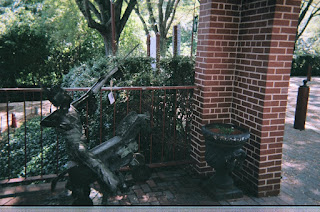 On September 1, the New York Times ran an op-ed by William Gibson “Google’s Earth”, in which he compared the Internet giant’s world with that envisioned in the late 1960s with the computer HAL (= “IBM”) from the MGM Kubrick Cinerama classic “2001: A Space Odyssey”. HAL was a “discrete entity”, a kind of artificial if disembodied “Donovan’s Brain” on a spaceship, nevertheless having become wise to the ways of the ephemeral extraterrestrials that seemed to have a hold on Jupiter. The Internet company, however, is distributed, reconciling our world in such a way that we live inside its search engine, at least vicariously. You can say the same about Facebook, even if the mechanism is different, (and, sorry, the upcoming Columbia movie is called “The Social Network”, not “Zuckerberg’s Brain”, which would have been a 1950s (horror movie) concept). Perhaps these Internet giants do anticipate what extraterrestrial life will be like, experienced through magic rather than physical presence. Remember that James Cameron proposed an intermediate entity for his planet Pandora (near Alpha Centauri), an “organic Internet” in the soil that everyone hooks up to. So much for individualism, you say. The link for the article, by the way, is here.

But it was the comments from CEO Eric Schmidt were the most telling. In the past, he has said that maybe people just shouldn’t do or say the things that get saved in search engines for the whole world (maybe whole solar system in the future) to see. After all, there are consequences for the things people say and do. Now he says, we might need to let people create new identities at age 18 or 21, and throw away their old names, and start over. Perhaps he’s pulling our leg. But the idea has surfaced before, as in the book “Delete” by Viktor Mayer-Schonberger (reviewed on the Books blog May 13, 2010). I bet that movie agents are already seeing screenplay scripts on this idea.

It’s interesting how nobody could see any of this until maybe around 2000, after reports surfaced of people being fired for their Internet content. 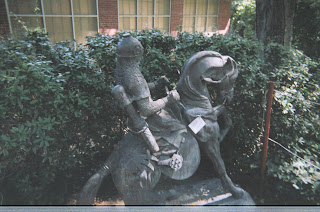