If a blogger reveals a book's or a movie's ending, is that possibly a legal infringement? 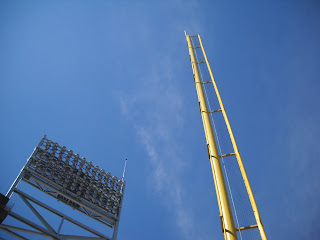 The front page of the Saturday September 18 New York Times ran a story that may in time bear at least a tangential relevance to the mass litigation problems against ordinary people. It is by Noam Cohen (not Chomsky!) and is titled “Spoiler alert! Whodunit? Like it or not, Wikipedia will tell you?” link (web url) here.

It’s a little hard for me to believe that commercial reviewers have protected the ending of Agatha Christie’s “The Mousetrap” for 60 years. But, as the article notes, Wikipedia does not.

The article goes into the question as to whether there is an ethical, may even legal, reason for reviews of movies and books to avoid spoilers or at least segregate them with warnings. Wikipedia becomes an issue because it’s an encyclopedia. But there’s an issue when a movie comes out, and bloggers (maybe with ads) disclose the ending.

Or maybe not. Maybe the blogger thinks that the ending reinforces a political point he wants to make. (One could say that of any review of Clive Barker’s “Imajica” which surely has to become a movie some day, the sooner the better. The concept of the book’s ending is perhaps the most shocking in all of my experience.)

But conceivably a studio could claim that a blogger’s unlabeled spoiler will discourage the market for people to go see the movie or rent or buy the DVD. It sounds facetious to me, but I do wonder.

One could imagine similar concerns for disclosing the "prestige" of a magic trick, or of paraphrasing a recipe, even though "facts" are not copyrightable. (Maybe these could fall under trade secret protection.)

I’m wired differently than most. Knowing the ending of Ben Affleck’s “The Town” would not stop me from seeing the movie (which I did Friday). For some films, like Carter Smith’s notorious “Bugcrush”, you have to watch the ending (like on a website video) over and over to try do decide what really happens.

As far as my own plans for “Do Ask Do Tell”, there’s no spoiler possible because even I don’t know the ending yet.

According to Pluthero Quexos (“Imajica”), every movie (even in the Second Dominion) must have a beginning, and middle, and an “ending.” What about a “point of recognition”?

Picture: A sentinel for Stephen King’s Langoliers, maybe. As John Lithgow says, they're going to get you.
Posted by Bill Boushka at 6:54 PM