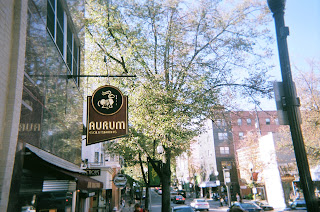 Here’s another predictive story about Web 3.0, this one from AOL, tracing back the comparisons to 1.0 and 2.0, link.

What’s interesting is the admission of how effective even Web 1.0 had been. For example. Craigslist was a 1.0 legacy, and the whole battle over censorship (CDA and COPA) came out of the capabilities from Web 1.0 of uncleared publishing.

Web 2.0 did introduce blogging, but it also introduced what we call social networking now, where the emphasis was more on connections among large networks of people or entities, than on broadcast or self-publication in lieu of traditional publishing, which had been shown to have such a large asymmetric political effect. Web 2.0 tends to answer some of the questions about implicit content, by making “open connectivity” among persons and a positive (rather than neutral or non-existing) online reputation as essential.

Web 3.0 will tie loose ends, with the “semantic web”, making the web a kind of artificially intelligent assistant, but also enabling efficient ways of content labeling that could answer questions about protecting minors.
Posted by Bill Boushka at 5:41 PM