Free speech, off the job, for public and private employees: are the "rules" any different? 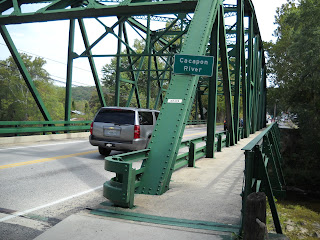 I found this interesting summary about the First Amendment and employment (link), dating back to 2005 with updates. I was led to look for this by a comment by attorney Jeffrey Toobin on CNN that public employees can be held to a more restrictive standard as to the results of their “off duty” speech, particularly when it could disrupt the workplace. (OK, the military is a really important case.) The Pickering-Connick standard applies. The article also discusses severe limits on speech done through the workplace.

Government agencies sometimes tell employees that they are held to a stricter standard, and in some agencies or some jobs, there are pre-publication review policies, which could raise constitutional questions regarding property rights.

Generally speech that addresses a public issue is more protected. Therefore, discussions of “don’t ask don’t tell” as a policy issue would receive a lot more protection than comments about employees or the boss in the workplace.

On Sept. 28, CNN’s Anderson Cooper 360 program covered the behavior of Michigan’s Assistant Attorney General Andrew Shirvell in maintaining, on his own rant, a “Chris Armstrong Watch” blog about an openly gay University of Michigan senior who was elected student council president. I won’t give the link, but it goes on and on with detailed “complaints” about the target’s activities and analysis of his Facebook posts. To me it seems rather silly. Cooper interviewed Shirvell, getting nowhere, before talking to Toobin about the first amendment rights and public employees. The point was made that Shirvell’s conduct certain shows poor judgment from a public official who must represent the people of Michigan in an even-handed and objective way. The “Michigan Messenger” has a story here. Shirvell took the “debate” into the “pink swastika” area, largely discredited (although there is Lothar Machtan’s book). I won’t repeat his words here, but I have experienced something like this. Because (as I have discussed on my LGBT blog) of my tendency toward a rather public “upward affiliation”, sometimes others will “challenge” me to demonstrate personal affection or attention in circumstances disdainful to me, and then they will try to “make something of it.”


On Sept. 29 Anderson revisited the issue, interviewing Shirvell's boss, and then debriefed George Washington University Jonathan Turley, who noted, with some regret, that courts seem (in recent years) to be clamping down on the right of public employees to speak freely, lowering the bar on potential workplace disruption, as he gives on his own blog a story of a teacher who was fired for off-duty modeling, link here.

As I’ve noted (and discussed here Monday), I think there care occur problems when a boss (at least with direct reports) gets into controversy online, because subordinates could discern his attitudes and claim a hostile workplace, a possibility that sounds like it has potentially dangerous implications legally. On the other hand, anyone has a legitimate “property right” in expressing his own views with his own means. All issues are ultimately linked, and it is hard to talk about anything without the possibility that someone (like a subordinate) can try to read hostility into it.

As for the “public employee” issue, it seems as though it’s a turnabout. Private business employees have no “first amendment” protection from private employees; in practice, off duty speech is a personnel issue and typically the standards of conduct in mainstream companies would be similar to those in public employment (that is, respect for confidentiality and copyright, avoiding discussions of other employees or particularly customers, and being very wary about conveying “hostility” or prejudice.) 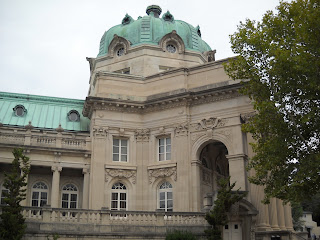