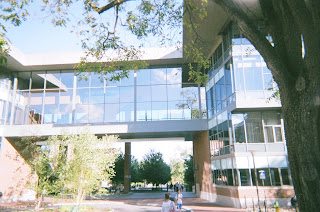 Congress is toying with a new bill, S3804, the “Combatting Online Infringement and Counterfeits Act” (COICA),  introduced by Patrick Leahy, which would allow the DOJ to build two levels of blacklisted websites, which ISP’s and other services would have to block users from. The govtrack reference is here.

The two tiers would be separated by a court order for the first list, and a second list without court review but strong pressure on service providers to blacklist.

The obvious idea is to target websites believed to provide illegal downloads or pirated materials. More problematic would be sites providing P2P services easily abused. Perhaps news consolidation sites believed to be highly infringing (by merely reproducing other copyrighted stories) could be targeted.

EFF also believes that the bill could invite tinkering with domain name lookup mechanisms, which, recall, were shown to have a huge security hole which Microsoft patched in 1998.

Our company MiMTiD Corp., provides copyright infringement protection services to a diverse group of media companies in the US. Our sister company Blues Destiny Records has sued Google, Bing and Rapidshare in the U.S. for repeated infringement of that Company's works. We send out thousands of conforming infringement notices on behalf of our customers to hundreds of infringing companies including Google and Bing. Many of the sites that would be the target of this new legislation, (e.g. Rapidshare and Hotfile) have only recently began to respond at all to these notices. We surmise that this is a direct result of the recent activities of Congress and the Department of Justice.

Google and most search engines, who largely ignore notices, though their ad syndication networks provide the framework and financing for widespread, commercial infringing activities globally. 60% of the infringing activity noticed on our system is to sites that are ad sharing partners with Google and other search engines. Google and others are systematically monetizing infringed content by efficiently locating the infringed content and steering potential consumers through search results to the location where the infringed content can be obtained. And then monetizing, through advertising, all of the traffic that is generated from this loop of activity. Most of these sites provide no functioning DMCA agent access and do not respond to notices. When a notice is sent to Google and Bing to remove an infringing link to these sites, they are largely ignored or not processed for weeks or months.

This is due to the confluence three factors:

a. The Construct of the DMCA as it relates to Search Engine Safe Harbor. The term "expeditiously" has no affirmative legal meaning or reliable precedent.

b. The inability of a rights holder to bring a "civil action for infringement" until receipt of the copyright certificate is in hand under 411a.

c. The two years it takes for the copyright office to process a certificate.

If Congress would focus on better articulating a.and b., it is our opinion that favorable, systemic behavioral change would result.

1. The search engines would no longer be able to formulate defenses based on the ambiguous ruling across the 11th and 5th Circuits related to 411a.

2. With search engine owned ad networks being the principal conduit of monetization of global infringment activity, the result of very minor changes to 411a would afford victims broader access to perfected rights under U.S. Copyright Law.

3. Rights holders would be able to effectively prosecute the search engine's refusal to act expeditiously concerning the removal of infringed links at the very point of consumer access if the term expeditiously is precisely defined.

It is our opinion that a modification of search engine response to infringement notices would result due to the imminent risks of the loss of Safe Harbor in the cases of inaction without the buffer of judicial ambiguity as stated above.

Ultimately, the ability for infringing sites to monetize traffic would diminish resulting in a decrease of global infringement and be a benefit to the public and rights holders, globally.

It is our opinion that the DMCA should work. Congress could more effectively legislate meaningful, less controversial change if it would close the loophole enabling the search engines to ignore notices by addressing the deficiencies of 411a.