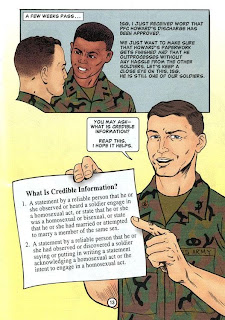 On Monday, August 2, the front page of the New York Times carried a new story, by Trip Gabriel, about student plagiarism, “For students in Internet age, no shame in cut and paste”, link here. The online title is “Plagiarism lines blur for students in digital age”.

Students have gotten used to a cloud of information that seems “public” or communal and seems to belong to no one. Some believe they can lift words from Wikipedia because it doesn’t usually attribute an author.

Not true. To the “don’t ask don’t tell” entry in Wikipedia, I once authored a paragraph about the 1993 Rand Study. It has since been condensed by a subsequent editor, however; yet still another footnote for that study was added. But I did some of the original legwork.

I remember when going to middle school myself using the World Book Encyclopedia (1950) as a source, particularly on a paper “The Home Front During World War II” when I wrote about rationing. It sticks in my mind now. There were no author’s names to quote, but they could be found if one was diligent enough from initials. But we still quoted the articles in our bibliography.

In fact, students who perform (music or drama) in high school are more likely to understand that most media material has individual authors or composers whose work is to be cited and respected. Later, they are likely to learn that media originators get paid, like anyone else.

Of course, we’ve all heard a lot about piracy of music and movies, with P2P, and the RIAA and now the “US Copyright Group” mass litigation. But high school and early college students sometimes have no clue.

Blogging can be a subset if more formal writing, where authors synthesize known sources (as, in my case, about “don’t ask don’t tell”) and come to their own supportable conclusions. (Yup, it seems to me that DADT makes great term paper material in, say, college freshman English, doesn’t it.) But in an era of social networking and quick gratification, critical thinking seems to take a back seat. Also, as vigorously as Facebook insists that a person has “one identity”, many people interpret social networking as an invitation to experiment with different persona, diluting the idea of attribution of specific authorship.

Indeed, Twitter seems to exemplify the antithesis of research as we used to learn it, based on quick pulses of expression. Yet, “accomplished Twitterers” (like Ashton Kutcher) manage to make the mass of their posts into a kind of poetry.

I have learned of a couple of cases where my own material was used for plagiarism. It least, it didn’t happen in any classes where I substitute taught (as far as I know).

Cartoon above comes from US Army training maual for DADT, as reproduced in Wikipedia (here). As US government material, it is in public domain, but would still have to be attributed properly in a term paper.  Picture below is my own T-shirt; wore it to the spa yesterday without notice. 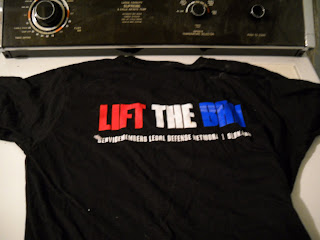