Notorious, inglorious bloggers (I think we do some good) 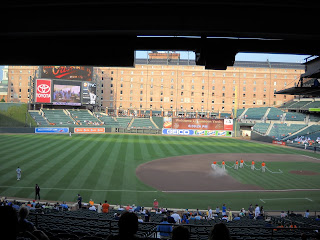 Newsweek has a story this morning (on AOL), “The Most Notorious Bloggers” (who are "armed with snark"), with an illustration of scaly, reptilian hands burning as they type on a (non-ergonomic) computer keyboard. (Remember how Alfred Hitchcock used the word “notorious”?) The link is here.

There are eight bloggers discussed, the first of which is conservative “Tea Party activist” Andrew Breitbart. The problem, as far as I’m concerned, is that Breitbart intentionally manipulated the Shirley Sherrod video to take away the explanatory context for her remarks (and it’s even more shocking that the Obama administration didn’t fact check).

Another on the list is Andrew Sullivan, whose philosophy is a lot like mine (the “gay conservative”), and who in recent years has focused as much attention in anti-terror as gay rights. His “Daily Dish” appears on The Atlantic. http://andrewsullivan.theatlantic.com/

While most of the provocative blogs deal with social and political controversy, technology has its own hotwires, such as Michael Arrington.

Most of the “controversial” bloggers have some sort of formal organization or corporate support, with heavy advertising revenues that seem to relate in some part to their willing to become “outrageous”.

What about “self-instantiated” bloggers (those with their own “constructors”)? I fall into that category. I do find that certain people wonder what my point is in “ranting” about “personal responsibility” (maybe not with as much humor as in “Southpark”), when I don’t take on the intimacies that create certain risks they way they did (e.g., “The Privilege of Being Listened To”). Therefore (and therapists have told me this in the past, after painful incidents like William and Mary in 1961), I come across as “stepping on their toes” because, well, they had stepped on mine for not measuring up to the prevailing expectations of a “competitive” and “protective” male. We’ve gone through a social change, where “morality” has become much more tied to integrity in following through on personal (private) choices, whereas in the past morality was much more about sharing collective responsibility and norms. The threat is that “sustainability” could push us back toward older “public morality”. Some people do take exception to (my) “speaking out of turn” on controversy from outside a social structure, even if the speech is abstracted and carefully considered not to be “objectionable” according to surface cultural and legal norms. Indeed, the blogosphere (and older media establishment) is filled with “organizations” and lobbyists to speak for people who are not in a position to speak for themselves, at least under their own names. And, yup, Facebook, with its “one identity” paradigm, is challenging that. Comments from individuals hit harder just because they are by definition less partisan.

So I must stand on my pedestal, or perhaps virtual soap box. The point of collecting all this information, linking it and posting it is not sadistic pleasure (of, say, bashing people who took out subprime mortgages), but to gather together everything we need to know to solve all these big problems. (I see a posting about this June 16, 2009). You can’t really make good decisions until you understand thoroughly everything that has been going on – that was the lesson of my “best history teacher” (Sept. 14, 2007).  Before I can be a good "substitute" role model, I have to finish what I started.
Posted by Bill Boushka at 6:38 AM