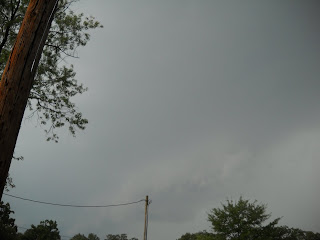 More incidents are being reported of people losing jobs for personal online activity conducted from home, particularly on Facebook.

The Huffington Post has a lead story about thirteen such incidents, several of which have to do with employees criticizing customers on Facebook after going home. The link for “Fired over Facebook: 13 Posts that got People CANNED” is here.

But another case involved a teacher in Georgia for a picture of her holding wine and stating expletives (again, I had my own experience with this kind of issues, as on the July 27, 2007 post). The National Education Association has a more detailed story about teachers losing jobs over inappropriate Facebook or other online posts. Some school principals or school districts believe, on their own perhaps, that they should have “zero tolerance” for gratuitous personal posts that could compromise the teacher’s image as a “role model”, a subjective concept. That link is here; the story is "Social Networking Nightmare; Cyberspeak no evil".  The article has a discussion of the lack of due process rights for non-tenured teachers and a very narrow interpretation of their first amendment rights. The article says their speech is protected “their speech is protected only if they speak out as citizens on “matters of public concern” and their speech doesn’t disrupt the school”, quoting Pickering v. Board of Education, although other sources quote a broader interpretation of that case. The Stacey Snyder case is discussed here. A Missouri school district actually asks for applicants to show their social networking or public Internet pages on job applications. The tone of the NEA story is pretty stern.

Again, from my own experience, I have to warn, particularly for teachers or people in sensitive jobs: You may think your post is obscure, and may believe you can justify it or rationalize it with "irony", but you may bear the risk of misinterpretation. People will look.  (In my case in 2005, I got in trouble after I told a teaching intern that I had a website at all, in response to a newspaper story about blogging and campaign finance reform, itself a very legitimate (and school-relevant, I believe) issue at the time.  There was "one posting" that had created controversy because it could be misconstrued, if someone wanted to misconstrue it!)

In another case, a firefighter was dismissed for posting a cartoon video that implied a connection with medical center where he had worked, as reported in “FireFighter Nation”, here.

Eveyln Theis reports in the Cleveland Plain Dealer that a youth prison guard in Cuyohoga County was dismissed for posting racial slurs (concerning other employees and inmates), in a story here.

Here's a good one: what happens to "don't ask don't tell" for the military in a world of Facebook and blogs?  The Pentagon will surely have to address personal online activities in rewriting its conduct rules to repeal DADT.

Again, this is certainly a story about "online reputation".  Once it's out there, it stays.

As if all this weren't scary enough, look again at the dangers of posting your plans and whereabouts online, at least prospectively, from this incident in Indiana:

Because of the home security system, his particular incident almost comes across as a "sting", as the stalkers got caught, and were found to have long rap sheets. But insurance companies are starting to notice.

ABC has another story today about a teacher getting fired over Facebook: "Teacher Loses Job After Commenting About Students, Parents on Facebook: Massachusetts High School Teacher Asked to Resign After Posting 'Stupid' Comments on Facebook", link here.  The teacher mistakenking thought that only "Friends" could see what she posted, but she hadn't set her privacy settings properly.

The new verb meaning to "dismiss and employee over personal media content" is "to dooce", over Heather Armstrong's 2002 experience and now famous mommy site.  Put it in Webster's. Conjugate the verb in French (probably with an "r" on the end for an infinitive).
Posted by Bill Boushka at 5:16 AM