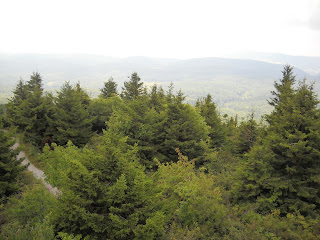 I visited an old hiking haunt of sorts today, Spruce Knob, the highest point in West Virginia. Now it’s on Allegheny Front Mountain, literally the same ridge that the “Allegheny Mountain” tunnel caps as the highest point on the Pennsylvania Turnpike 200 miles to the north, and marks the Eastern Continenal Divide. 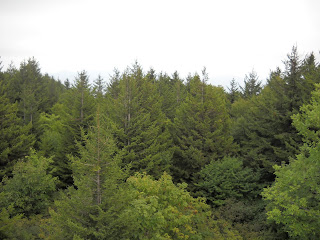 The Allegheny Front generally, in eastern US, marks the beginning of the area with coal seams, and theoretically this area, in the Monongahela National Forest, could be decimated by underground and strip mining and even “mountain top removal”. Fortunately, I saw no evidence of this, compared to areas 100 or so miles to the southwest. 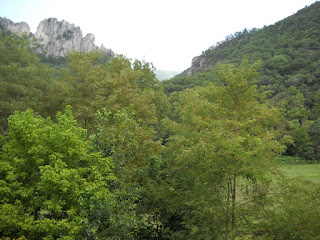 I passed Seneca Rocks, and the Forest Service has a 12 minute film “In the Shadow of Seneca” that covers not only the sandstone ridges and sawteeth of the “Ridge and Valley Province,” but also the Allegheny region, including Dolly Sods. That area had been logged and then burned out, resulting eventually in a peaty surface with no trees. Other areas were logged so heavily that erosion led to enormous floods, leading to the establishment of the Forest Service in the 1920s. 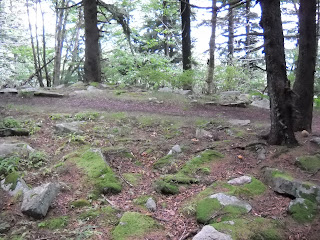 Our dependence on a centralized power system in turn dependent on fossil fuels like coal makes us more vulnerable to total infrastructure meltdowns. Last night, the History Channel showed a film “Magnetic Storm” that documents how a gigantic solar flare (“coronal mass ejection”) could shut down the centralized power grid completely, and completely. But if power generation were localized to each home with solar and wind, such an infrastructure vulnerability to catastrophe could be eliminated. 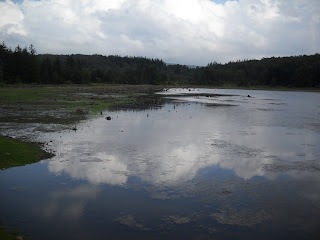