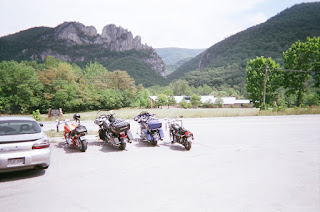 Peter Shankman has a video on “How to avoid being ‘Checked in’ by your friends on Facebook’s places” from his own site.

How to avoid being "Checked in" by your friends on Facebook's Places from Peter Shankman on Vimeo.


It’s not hard to imagine the situations where this facility could be “misused” or maybe used for gumshoeing. A wife doesn’t want to find that her husband was checked into a burlesque place on his own (whether Dolly Parton could have been there or not). The same would apply to same-sex couples (except in “open relationships”). The video also covers how to make sure Facebook doesn’t make it look like you’re there when you’ve left.

It all seems pretty creepy to me. I really have no interest in knowing “where people are” at any moment. (I suppose that one could use these services if someone is late for an appointment.) Twitter also has a location service.

Today ABC GMA had a piece on GPS geotags in photos, which could also sometimes promote stalking. I posted that material on the Aug. 12 posting here.

All of this depends on one’s circumstances. I see people in discos spending more time texting than dancing.

And, of course, no, I don’t use my Blackberry or cell phone when driving (and, no, Oprah is right; I took her “no phone zone” pledge). If it rings or vibrates I have to find a place to pull over and return the call. But it’s not that hard to track where someone is on the road, apparently. The next thing is to look into how to disable that. I don’t think anyone can track the president’s Blackberry.

Picture: You can spot where I was a week ago by recognizing the scenic landmark (hint: Wild, Wonderful West Virginia, near the Eastern Continental Divide).
Posted by Bill Boushka at 10:40 AM