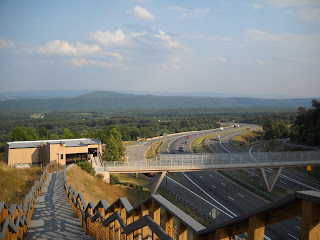 Consumers should be wary of whether their digital cameras and cell phone cameras are GPS-equipped and leave geotags in their photos. In some cases, photos could disclose where a person lives or is staying, or the route someone normally travels, etc.

The story by Kate Murphy appeared in the New York Times today, link here.  One reaction I have to a story like this is similar to that of the story about bump keys in 2007: as journalists report more, out of objectivity, ordinary citizens learn more about perils they could face, but crooks learn more about the mayhem they could do. And property insurance companies get nervous. (A lot of Medico cylinders got sold in late 2007 after that story broke.)

Cheaper digital cameras (which I use for these blogs) don’t leave the imprint. Cell phone or smartphone photos may, and the user may want to visit this site about disabling geotags in smartphones, here. There’s a problem that it could disable many location-based services.

All of this may be one reason why publicly visible people – including high profile journalists – who travel overseas a lot for long periods like to live in urban settings in posh high rises these days, where good security can be provided efficiently.

In another area, child safety, companies have been developing technologies to watermark photos so that they can be filtered on the web, so location tags may be similar. It’s likely that digital cameras and phones will offer these technologies more often in the future, but relatively few people know about them, perhaps leading to security issues.

Ordinarily, visitors cannot see watermarks or geotags on images. Most people don't know that they even exist.

Here’s a link on how to disable geotags on your cell phone.

There is a site called "I can stalk you" that explains this problem, especially with Smartphone photos, and tells you how to disable the feature, here. Again, many cheaper ordinary digital cameras do not have this feature.

Ki Mae Heussner has an article on ABC News "Tips to Turn Off Geo-Tagging on Your Cell Phone
Geo-Tags Embedded in Photos, Videos Could Give Away Private Locations, Personal Information", link here.  Many cheaper cameras offer a GPS accessory (connected wireless), such as this with Nikon (link), but I do not have one.
Posted by Bill Boushka at 10:17 AM